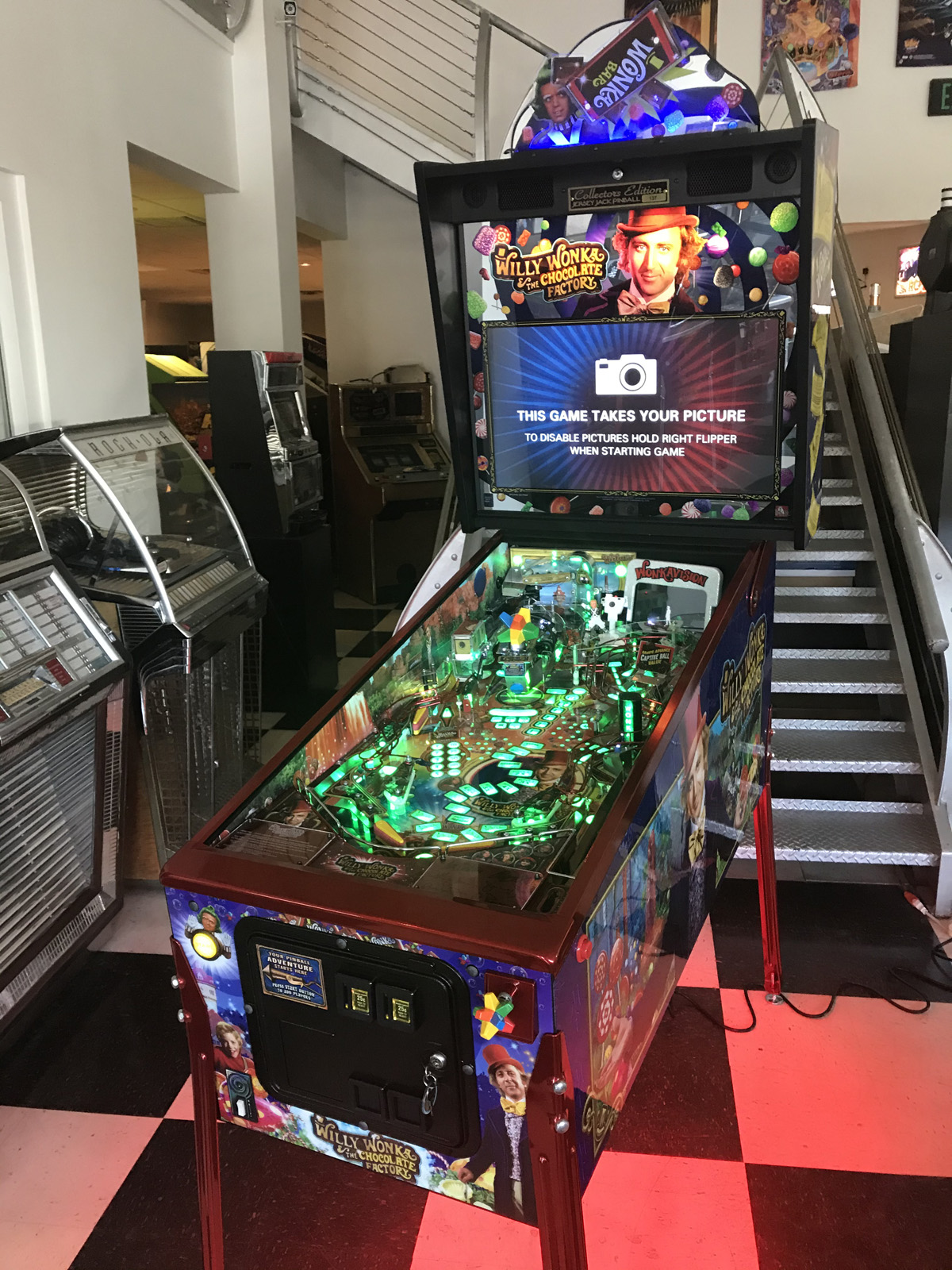 Recently taken in on trade by a customer is this beautiful Willy Wonka “Collectors Edition” #137 of 500 Pinball Machine. This low play, pre-owned pinball machine has a little over 500 total plays on the game and is a one owner, home use only game. Home Use Only means that it has never been operated commercially in a bar, restaurant, arcade or family entertainment center, which goes to show from its impeccable condition. Here is your opportunity to purchase one of these amazing pinball machines at a significant savings over purchasing a brand new game.

This pinball masterpiece was designed by the legendary Pat Lawlor, designer of Dialed In!, Twilight Zone, and over a dozen other classic games, including the best-selling pinball machine in history, The Addams Family.

Gameplay features four multiballs, collecting Wonka Bars™, spelling Scrumdiddlyumptious™, touring Wonka’s Factory™, and a host of other goodies to lead you down the chocolate river to three wizard modes, including Pure Imagination™. Scenes and dialogue from the original 1971 film directed by Mel Stuart, starring Gene Wilder, are showcased bringing this exciting theme to life.