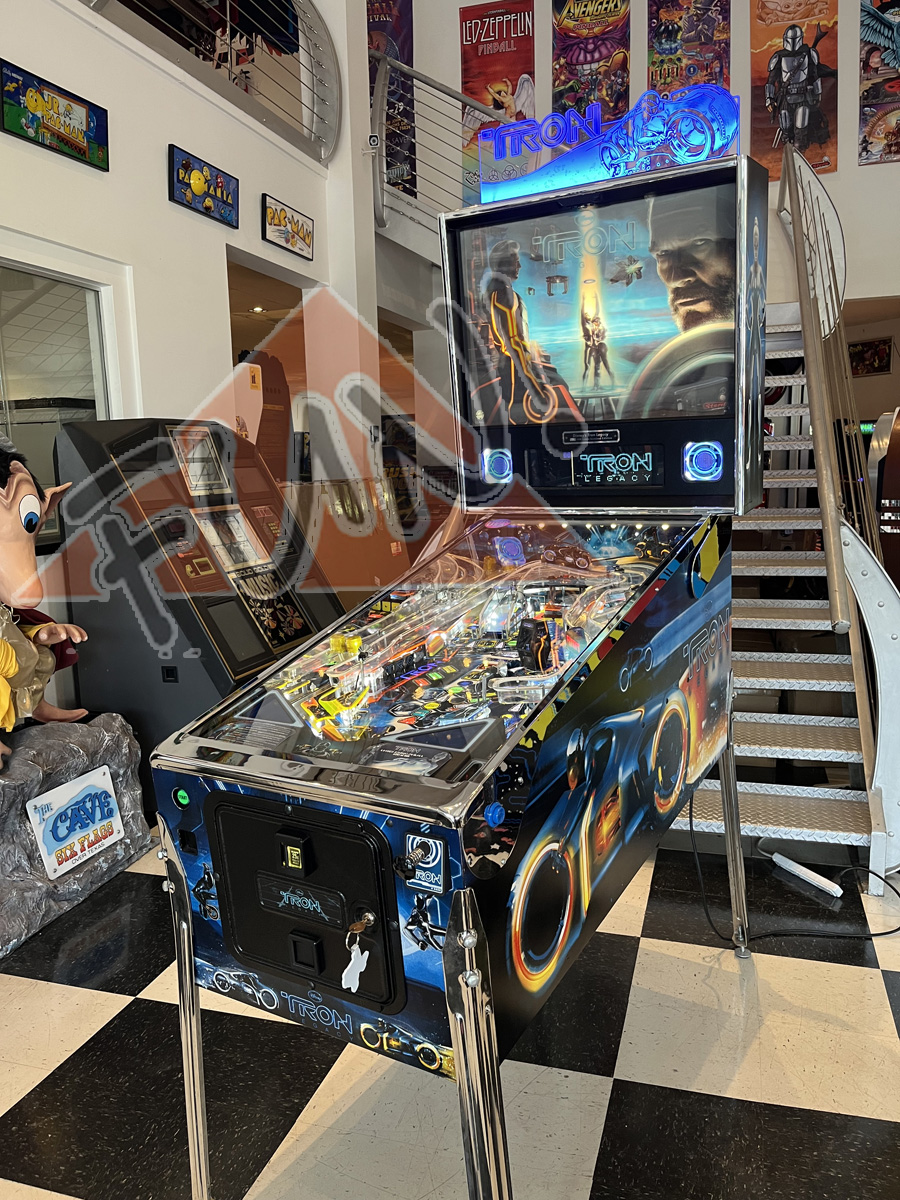 In TRON: Legacy Pinball, players battle as Sam Flynn on the Grid against Clu and Rinzler. Players will enjoy multi-ball rounds themed around scenes from the film: ride the two ramps for Light Cycle battles on different levels of the Grid; defeat the motorized Recognizer target bank to expose Rinzler’s spinning Identity Disc; or fire the ball from Rinzler’s Disc to simulate a Disc War. There are numerous play features for characters in the film, including Kevin Flynn, Gem, Zuse, Quorra and Clu. Play all features to escape the Grid through the Portal. TRON: Legacy is considered by many pinball enthusiasts and collectors as one of the best pinball machines, Stern has ever designed due to it’s energetic sound & art package and very challenging rule set…..Can you get to the Portal? Good luck USER!

This TRON: Legacy (Limited Edition Model #281 of 400) pinball machine comes from our owners personal collection. This game is in very nice condition, but it is not perfect. The game does have a few small scuffs on the cabinet and does have a scratch on the playfield as shown in the attached pictures.

As with all of our pre-owned electronic pinball machines, this game includes a 30 day warranty on the electronics as well as mechanical components.

This is the first TRON: Legacy Limited Edition Pinball Machine that have ever came back into our store since this title was released new. We don’t expect it last very long.