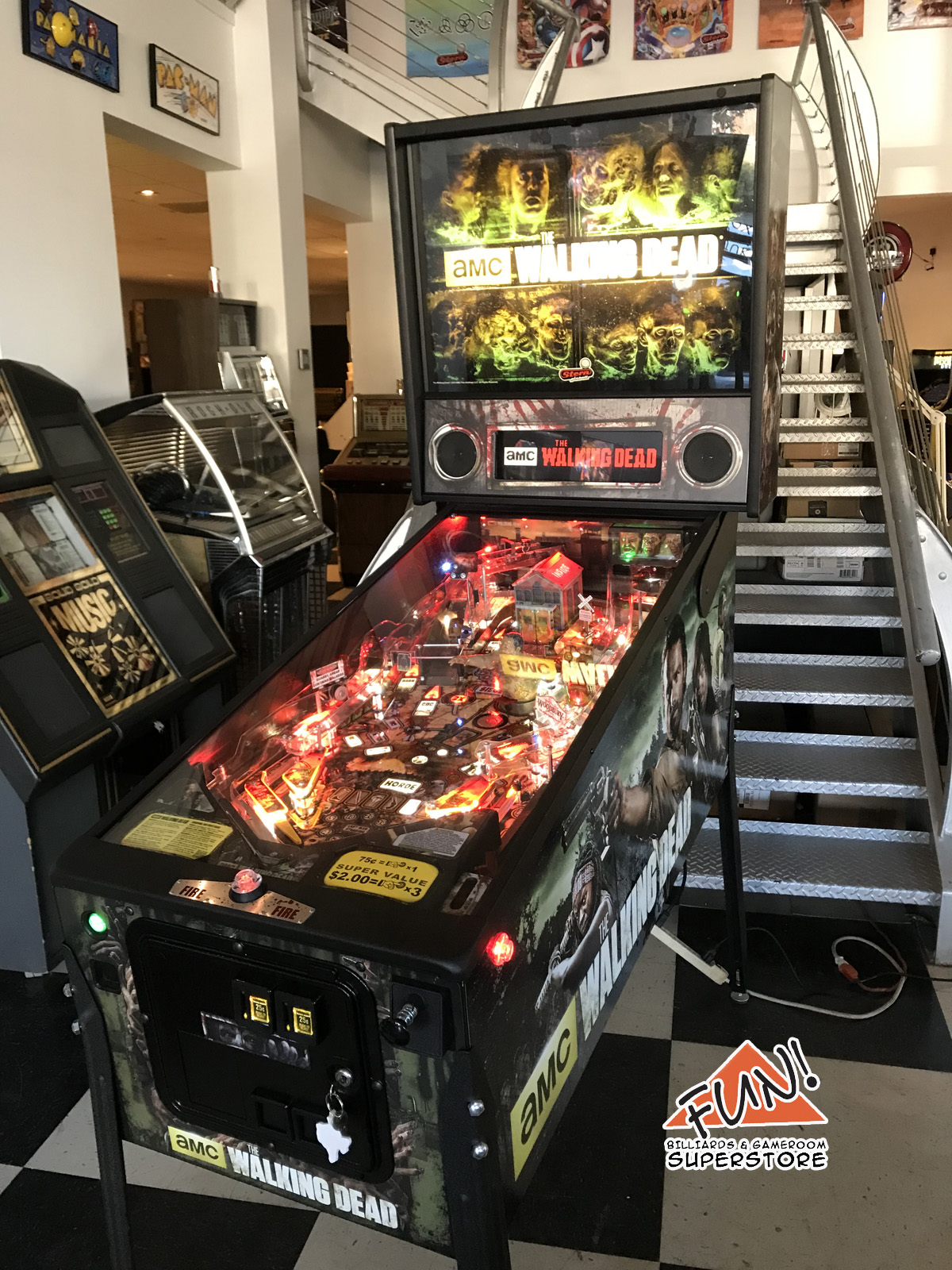 Home use only. We’ll taken care of with mods installed.

This beautiful home use only, Walking Dead (Premium) has been traded into us by a collector. It has very low plays, which goes to show for it’s pristine condition. In addition to how great this game looks and plays, the owner added the following modifications to this game that did not come standard from the factory including:

This Walking Dead (Premium) includes all factory literature & “goodie bag” inside of the cabinet.

AMC’s The Walking Dead, the most watched series among Adults 18-49, is based on the comic book series written by Robert Kirkman and published by Image Comics.

The drama tells the story of the months and years after a zombie apocalypse. Stern’s The Walking Dead pinball features everything fans would want in a flesh-eating pinball world. Players fight to survive the zombie apocalypse alongside series icon, Sheriff Rick Grimes, by battling zombies and completing various game missions. The game includes multiple zombie toys for adrenalin-filled zombie battles at familiar locations from the show such as the Prison and Cell Block C. A brilliant high-definition zombie-filled art package heightens the player’s excitement.

Rated #29 on the Top 100 Pinball Machines for it’s immersive gameplay and theme integration according to Pinside, Walking Dead is the one to own! Rare opportunity to own this relatively difficult game to find…now that it’s out of production.