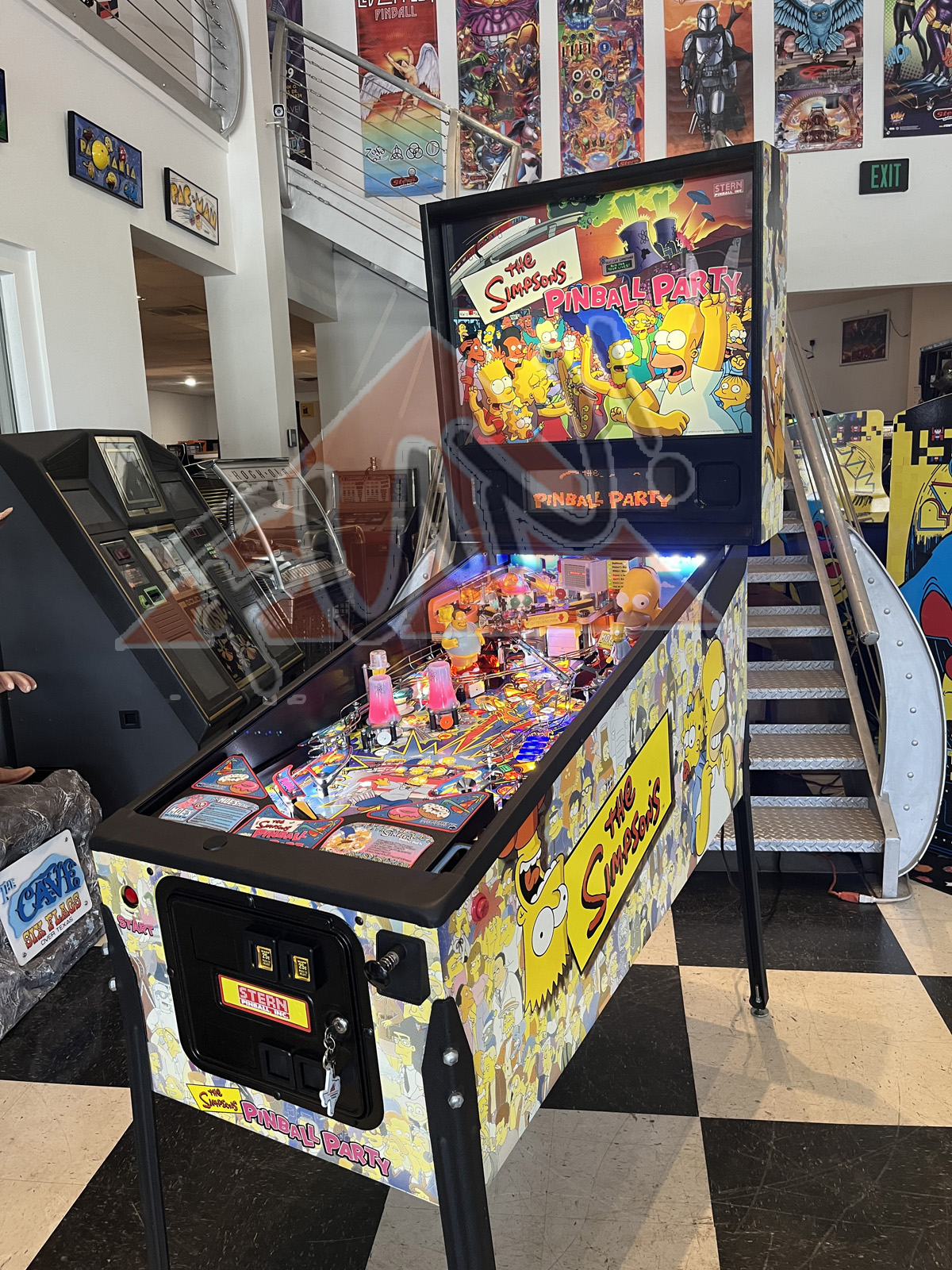 HOME USE ONLY!
Immaculate condition – This is the ONE to own!

The object of THE SIMPSONS PINBALL PARTY is to help the citizens of Springfield to party like there’s no tomorrow. The game features a talking-moving Homer head and Bart on a skateboard attached to a captive ball feature, as well as Itchy & Scratchy drop targets and Comic Book Guy.

The Simpsons Pinball Party is considered by many pinball enthusiasts to be one of if not the BEST Stern Pinball Machine ever produced because of it’s full featured playfield and deep ruleset. Can you complete all the TV Modes and get to Alien Invasion? Many have tried….few have succeeded within a 3 ball game.

Obtained in trade from a local collector, this game is in AMAZING condition!

Simpson Pinball Party was recently taken in on trade from it’s original owner that purchased it new in 2006 and it’s only been enjoyed in their home with NO commercial use.  Since taken into our ownership we have thoroughly shopped out the game. Meaning that all components were removed from the the top side of the playfield. All plastics, ramps and playfield were cleaned and polished. All under playfield assemblies and lamp inserts have been cleaned. Brand new set of pinballs and new rubber rings were installed throughout the playfield and plastic protectors installed underneath the decorative slingshot plastics.

All playfield lamps and flashers have been upgraded to high end non-ghosting LED lights. These in turn look much better, last longer than standard incandescent bulbs and put less strain on the electronics of the game as they consume less energy.  The result is a great look and enhanced reliability.

This game has been thoroughly checked over by our technician team and works great!

NOTE: Both the Score Display and mini TV Display are working PERFECTLY and are nice and bright with no missing dots, rows or columns. In the pictures within this listing it looks like dots are missing. This is because the dot matrix displays normally strobe. This strobing can not be seen to the naked eye, however our camera pics it up and looks like dots or missing or has broken images on the displays. This is false and only an issue with how an Iphone takes pictures. The displays work 100%!

As with all of our pre-owned electronic games. This machine includes a 30 day warranty on the electronic and mechanical components.

This is one of the best looking The Simpsons Pinball Parties we’ve received in a long time, you would be hard pressed to find a much nicer looking original game than this one right here! Hurry this will NOT last long in our inventory.