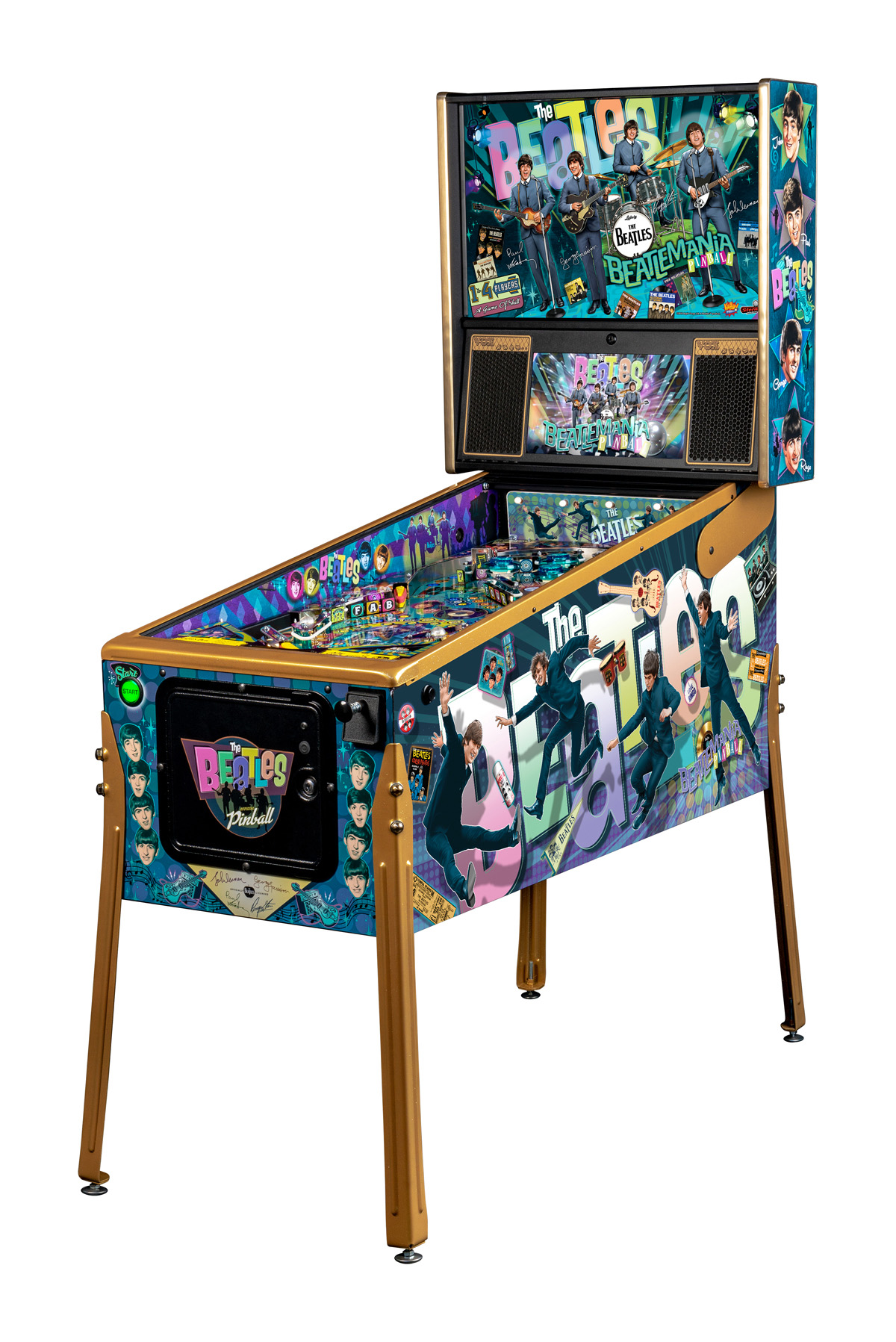 1614 Gold Editions being produced worldwide, and only half of that remaining in the USA. 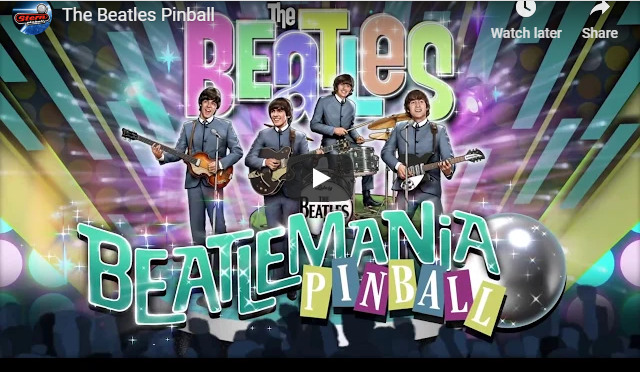 The retro-themed playfield features four flippers, eleven drop targets, eight stand-up
targets, multiple skill shots, two opto-spinners, a ball-catching magnet and a magnetic
spinning record disc in the center of the playfield. Players, friends and family will enjoy
full screen animations as well as simulated reel scoring on the game’s high definition LCD video screen. All models of Beatlesmania Pinball will include interior cabinet artwork blades and a fully functional coindoor giving the machine the ability to be set to free play or coin op play.

The Beatles “Beatlemania” Pinball will feature the following songs:
– Help!
– Hard Days Night
– Ticket to Ride
– Drive my Car
– It won’t be long
– All my loving
– I should have known better
– Can’t buy me love
– Taxman

This limited-edition “Beatlemania” Beatles Pinball Machine is a collaboration between Stern and Ka-Pow; a total of 1,964 machines will be released worldwide, with a breakdown of 100 Diamond editions, 250 Platinum editions and 1,614 Gold editions.

The Diamond Edition – Limited to only 100 Units Worldwide. SOLD OUT
The highest level and most difficult to attain, is limited to only 100 units and features its own unique cabinet artwork, silver metallic powder coated exterior trim, mirrored backglass & individually numbered Diamond emblem on playfield apron.