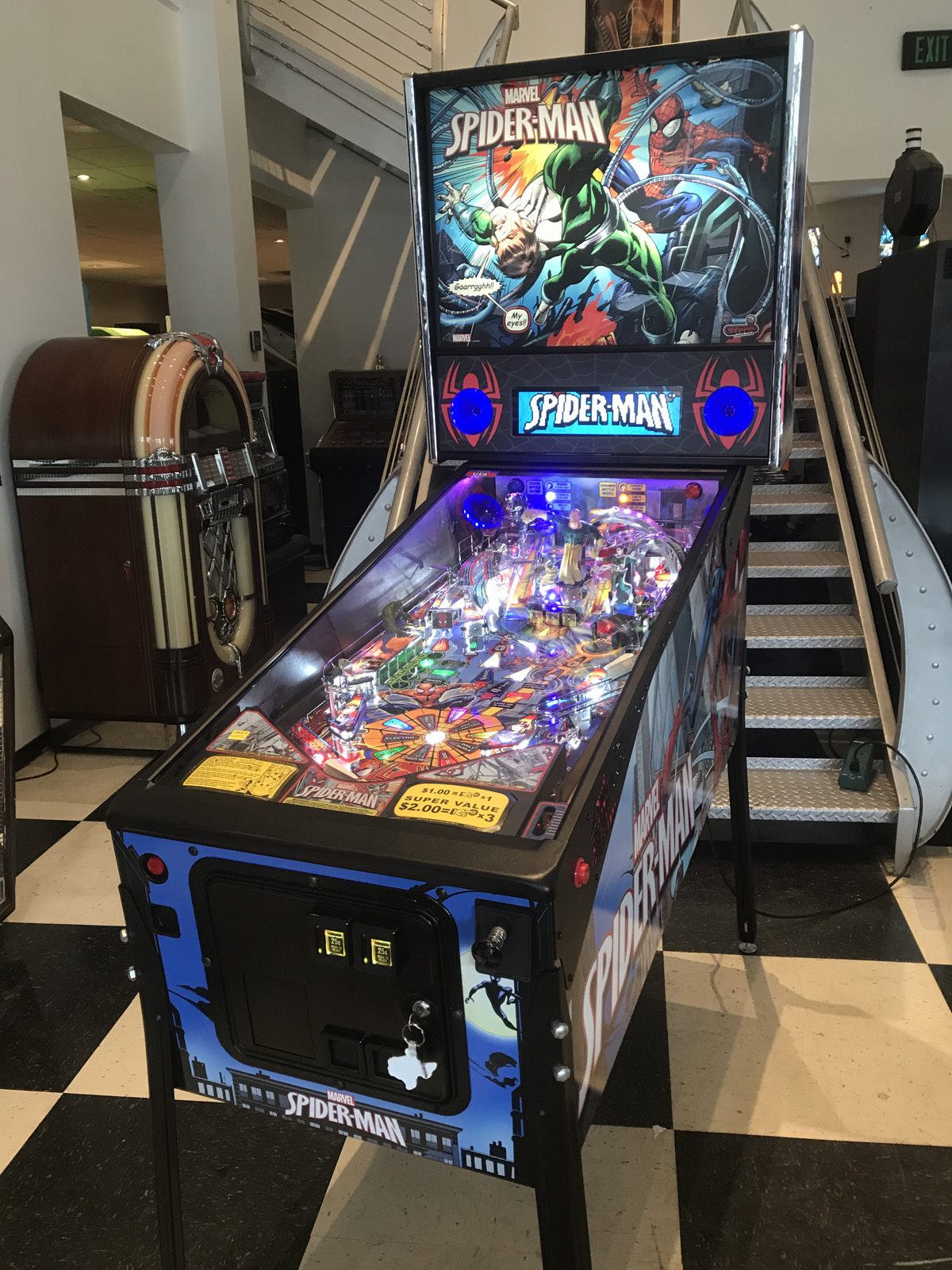 One Owner, Home Use Only, Immaculate!
Rated #19 of the all-time best pinball machines ever made!

SPIDER-MAN Vault Edition™, was designed by Steve Ritchie, Lyman Sheats, and the engineering staff at Stern Pinball, the pinball machine takes Spider-Man into one fast-paced pinball machine that will excite both operators and homeowners.

In the SPIDER-MAN Vault Edition™ pinball machine, you are Spider-Man™. Your goal is to defeat the comic book villains Green Goblin, Doc Ock, Sandman and Venom. There are detailed, vibrant toys of each of the four villains on the playfield with an associated shot. Defeat all four villains and experience Battle Royale!

SPIDER-MAN Vault Edition™ offers incredible features, including: Doc Ock’s magnet; Green Goblin hovering on his glider above Pumpkin Bomb targets; Venom’s ramp that quickly feeds the ball back to the left flipper; Sandman’s whirlwind of targets and a motor 3-bank at the center of the playfield; and a whole lot of amazing multi-ball action.

SPIDER-MAN Vault Edition™ pinball from Stern is a solid and entertaining package that will rock the pinball universe.

This SPIDER-MAN Vault Edition™ comes to us in trade from a local collector and has been well cared for. This particular game is a one-owner, home use only game. Home use only means the game has never spent any time in a commercial establishment such a bar, restaurant or arcade operated to generate revenue, which goes to show for this games outstanding condition, near mint condition. This SPIDER-MAN Vault has just a little over 2000 total plays on the meter which is extremely low in comparison to a commercially operated game.

Spider-Man Vault Edition has been gone over by our technician team and it operates properly as it should and includes our 30 day warranty.

Spider-Man was one of Stern Pinball’s most successful titles because of its great game play that is both entertaining for novice pinball players but challenges those that try to achieve the almighty Wizard Mode that it includes. Can you achieve SUPER HERO within a 3 ball game? Good luck!