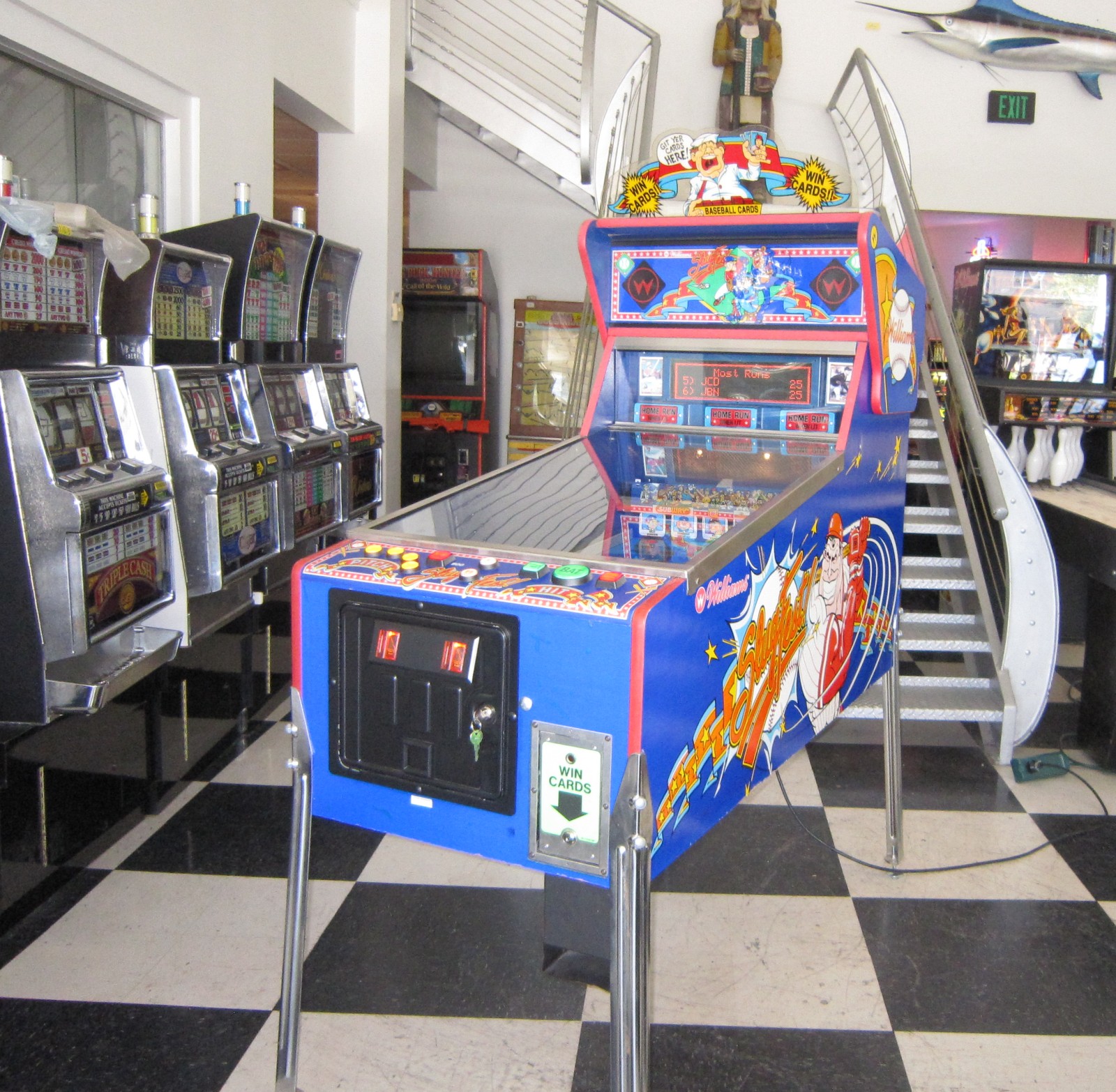 This is the hard to find Williams Slugfest “pitch & bat” pinball machine arcade game. Experience all of the sounds and music of baseball as the game can be played with 1, 2, or multiple players on 2 teams. Pitches can be hidden from batter and include fastball, curve ball, screwball, or change up. Bases can be stolen and players thrown out and pinch hitting is allowed. The game follows correct baseball rules.

Game Quote:
“You couldn’t HIT water, if you FELL OFF a BOAT!”
(“The Heckler”, In Game Voice)

The LAST “Pitch and Bat” baseball game ever made. It’s also the only “pitch and bat” game, which used dot matrix display, animations, fancy graphics, and not to mention a superior WPC sound system which really gives the feeling of being in a ballpark.

FOUR selectable types of baseball pitches
(fast ball, curve ball, change up, and screwball)
(This feature uses a magnet to influence the ball)

Home Run Ramp, for hitting balls out of the park and Grand Slams
(A elevating ramp which rises out of the playfield)

“The Heckler” Taunting Fan
(A DMD animation sequence, that is hilarious to watch and a challenging stunt to achieve)

The game allows you to steal bases, and the other player can throw you out at the same time!

The playfield and cabinet are in very good condition.
A new control panel overlay has been installed.

It plays great with all functions working and checked by a pinball tech.
The playfield has been cleaned and polished and worn rubber and burnt bulbs replaced.