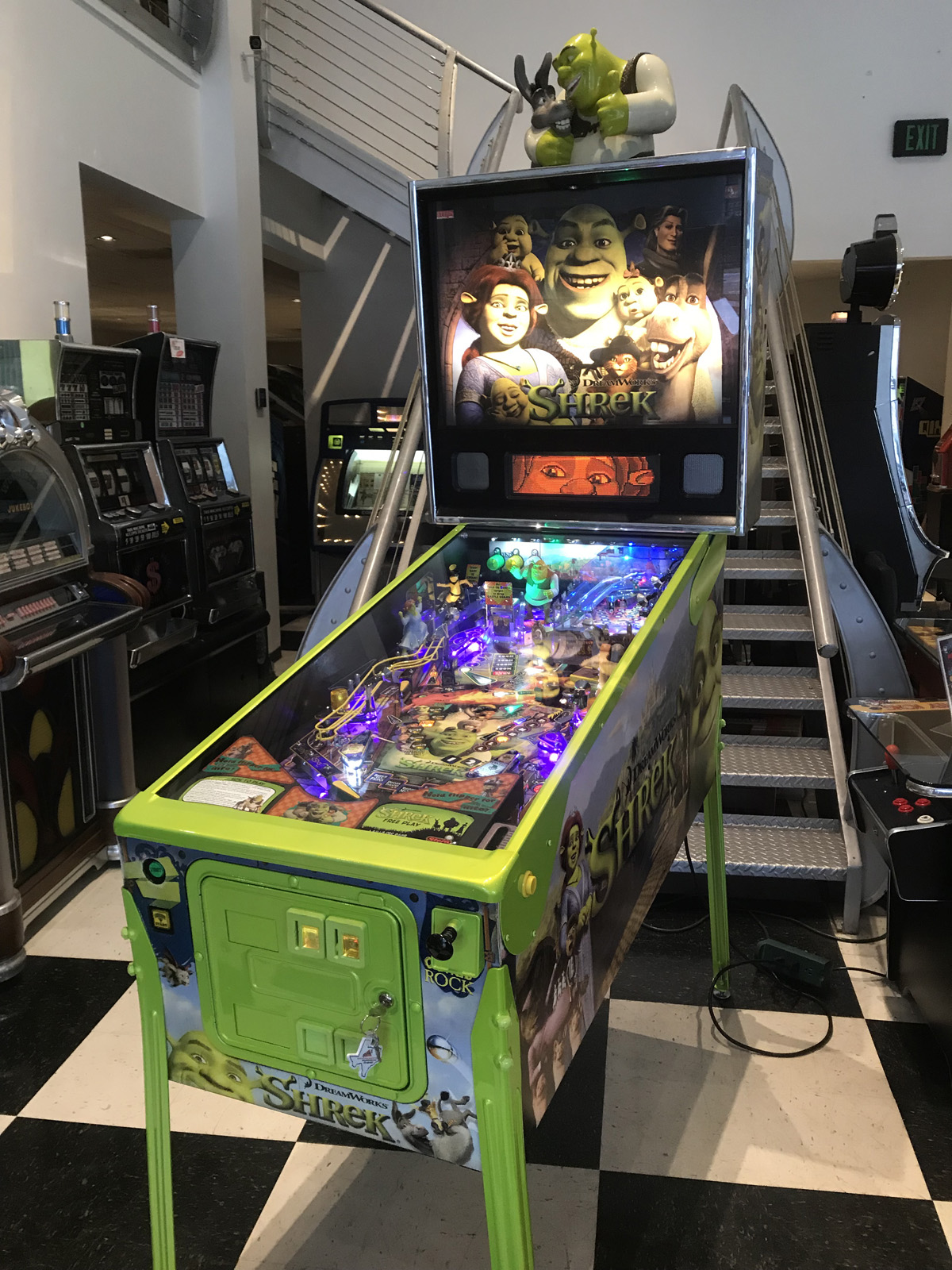 Everybody’s favorite Ogre is making his way to pinball! DreamWorks Animation’s SHREK® franchise is the highest grossing animated movie franchise of all time and now has an officially-licensed pinball machine.

The SHREK pinball machine’s main feature is Donkey’s mini-playfield, a small pinball playfield that sits in the upper right hand corner. It has mini-flippers that the player controls with the regular flipper buttons when the game is in Donkey mini-playfield’ mode. The mini-playfield has ramps and targets to shoot at while an actual Donkey figurine spins in front of the mini-playfield.

Additional features on the game include: figurines of five SHREK characters, including Shrek, Donkey, Puss in Boots®, Princess Fiona and Gingy®. A mirror sculpture of Prince Charming sits in the center of the playfield and can be struck by the pinball. Two captive pinballs spell out P-I-N-B-A-L-L when hit; and SHREK also includes plenty of exciting multi-ball action.

“SHREK pinball has great depth and is fun and easy to understand for the casual player.

This game was recently taken in on trade and is in now in very nice cosmetic condition. This game was previously used in a commercial location and shows some small scuffs and scratches on the exterior cabinet, but nothing more than you would come to an expect from a commercially used game. We have removed all exterior metal from the cabinet and had it re-powdered coated in a beautiful Ogre Pearl Green. Shrek has just been freshly shopped out, meaning that the playfields have been stripped of all components and the playing surfaces, plastics and ramps have been thoroughly cleaned and polished. Brand new set of rubber rings installed on both playfields and new balls installed. All playfield illumination has been upgraded with high quality non-ghosting LED’s. These not only give the game a great look, they also consume far less energy which is great for the electronics on this machine. In addition a customer topper has been added to the backbox.

All functions have been checked by a trained pinball technician.