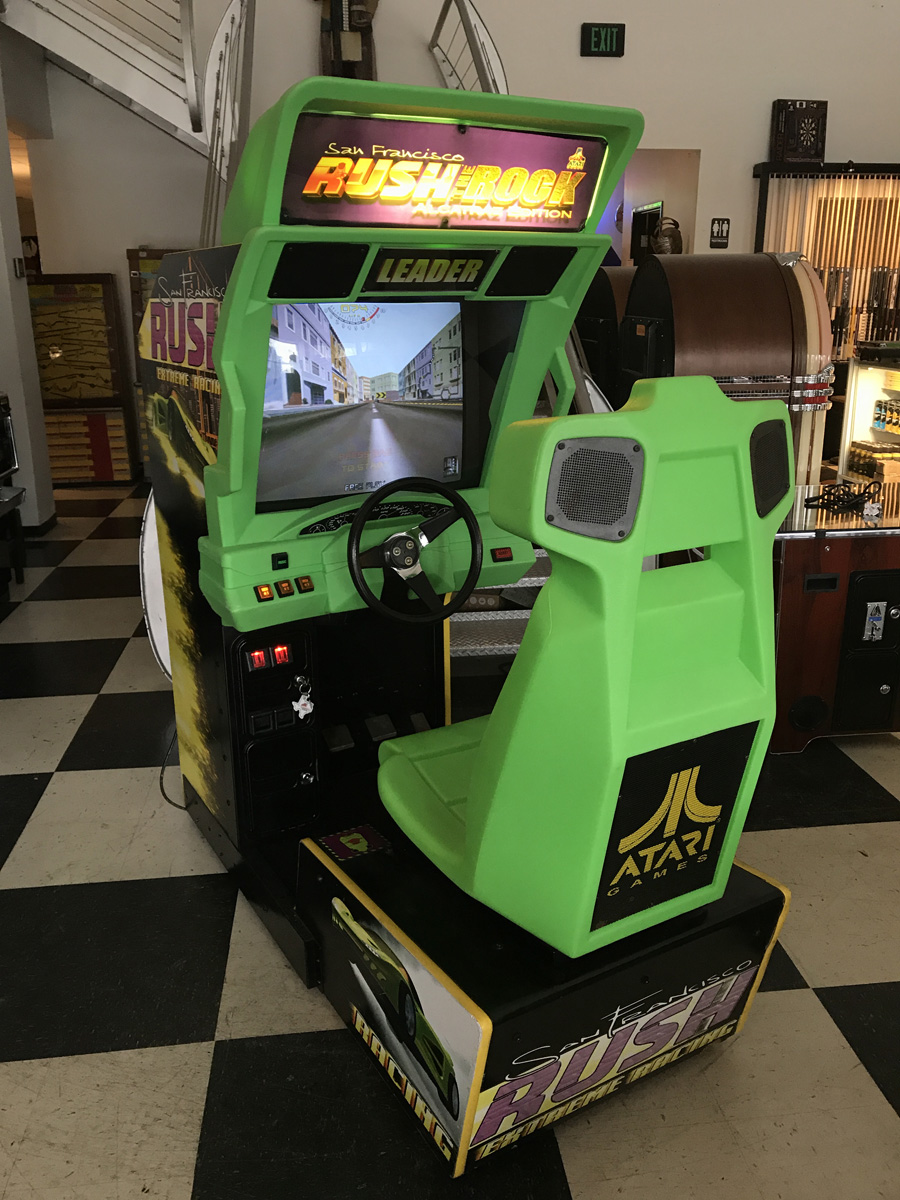 Originally released in 1997 and the follow up to San Francisco Extreme Racing comes the second installment in the Rush Arcade Driving series of games, Rush The Rock: Alcatraz Edition. The Rush series of games are still considered some of the best driving games as the competition on each track is fierce and getting a 1st Place win requires skill not resulting in a crash and your vehicle exploding into a fiery ball of flames.

Players can choose from 4 different tracks including the new Rock/Alcatraz Track (not previously released on Extreme Racing) and compete against 7 other racers. Although 4 completely different tracks, pushing the View 1 button at game start will give you the option of playing a mirrored version of each track, so it’s like 8 different tracks to race on. Players can choose between 4 different cars at the start of each race. Each car handles differently and each can be customized with different paint options. Choose between driving automatic or standard transmission w/clutch pedal.  In addition San Francisco Rush the Rock features realistic force feedback steering and Stereo 5.1 Audio which really brings the arcade driving excitement to life.

This unit is in very nice condition for it’s age. We have thoroughly cleaned the cabinet as well as performed a few necessary touch-ups on the exterior of the unit as you would expect for a game that has had previous arcade use. San Francisco Rush the Rock features a 27″ flat screen CRT monitor with a beautiful picture. We have upgraded this game with a Compact Flash Drive. The compact flash drive is much more reliable that the original hard drive as it is newer technology and has no moving parts. Brand new marquee translite installed.

This San Francisco Rush the Rock Arcade Driving Game looks and plays great and would definitely be the focal point of anyone’s home gameroom.

NOTE: This listing is for 1 Unit (seat). However additional Units can be linked together for competitive racing action. We have two in stock. Let us know if you are interested in purchasing both games to race head to head.