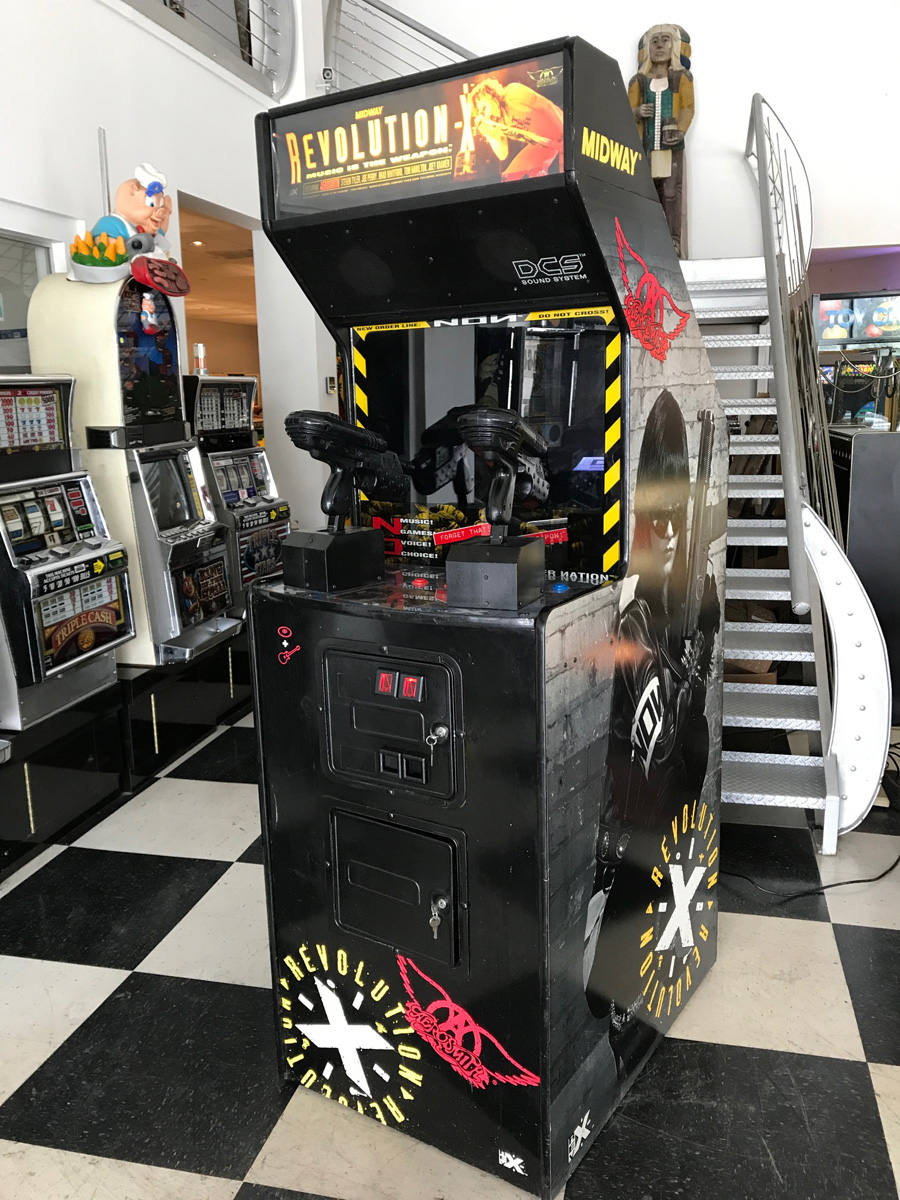 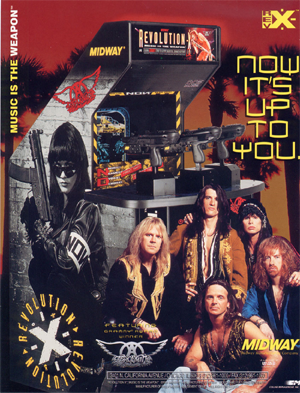 Revolution X is a rail shooter in which the players must shoot targets including NON soldiers and vehicles, with the ultimate goal of rescuing the band. Players start the game at Club X in Los Angeles, first fighting the NON troops inside and then stealing a helicopter to fly across the city and find Aerosmith’s car. They must then destroy three NON facilities in the Amazon jungle, the Middle East and the Pacific Rim. These three stages may be played in any order; however, failing to complete the Middle East stage within a set time limit will send the players back to its start for another attempt. Finally, the players advance to Wembley Stadium for the final battle with the surviving NON forces and Head Mistress Helga. Throughout the game, objects can be shot that may reveal power-ups like health-replenishing shakes, CD’s, powerful laserdiscs and Super Guns, Skull Bombs and shields. Players can also find hostages and free them throughout the game for extra points.

The five members of Aerosmith are hidden in secret locations throughout the game. When found, each member presents the player with a set of Aerosmith wings that increase the bonus awarded at the end of the stage. All members must be found in order to see the good ending, in which the players go backstage after blowing up Helga, and can collect high-value Mammy Awards, as well as party with the band.

This game is in great physical condition and works 100%. We have just had the game PCB serviced and new memory back up battery installed.

Currently the game is set to free play but can be changed back to coin-op play very easily in the games adjustment menu.