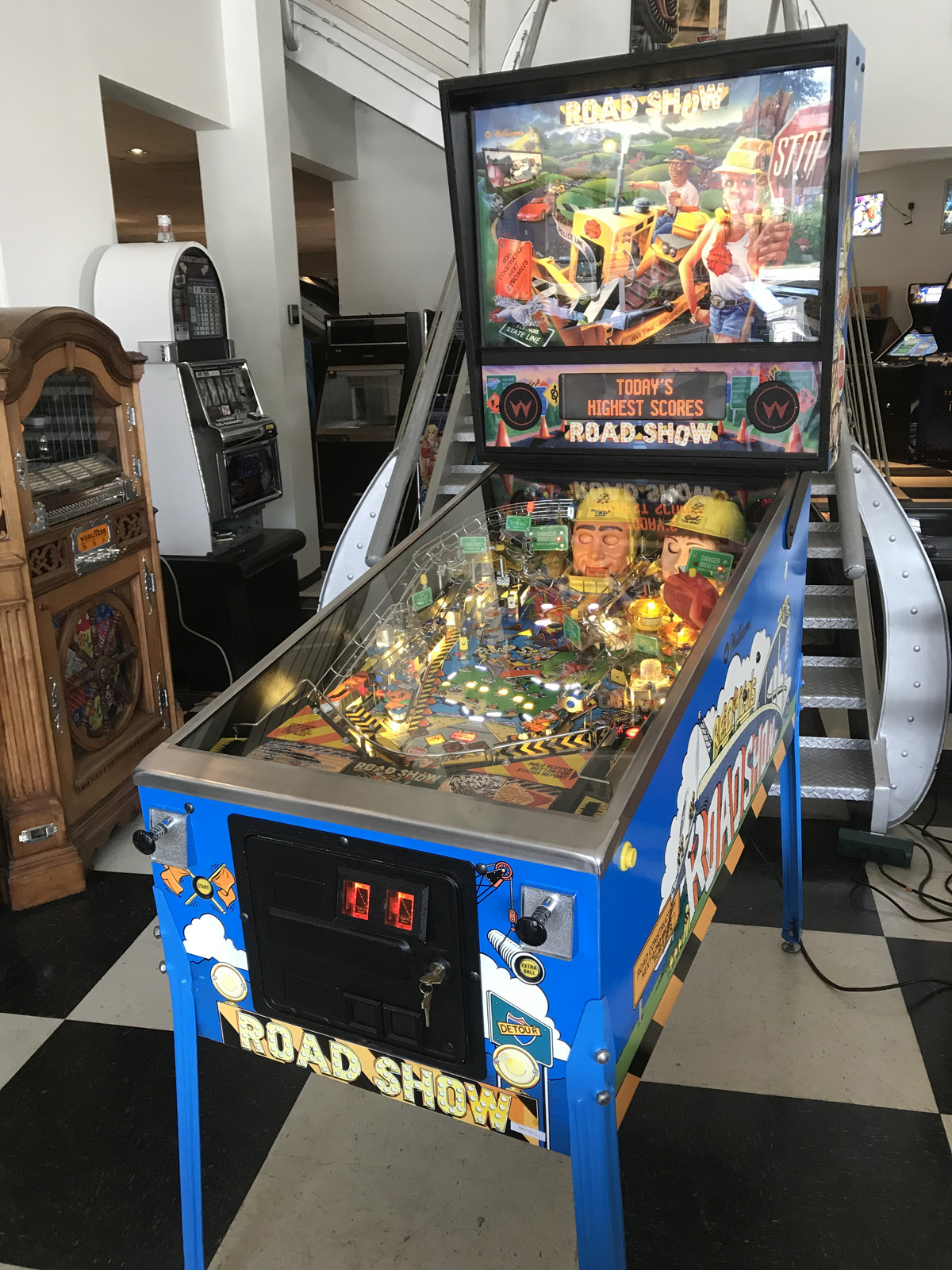 Two heads are better than one! 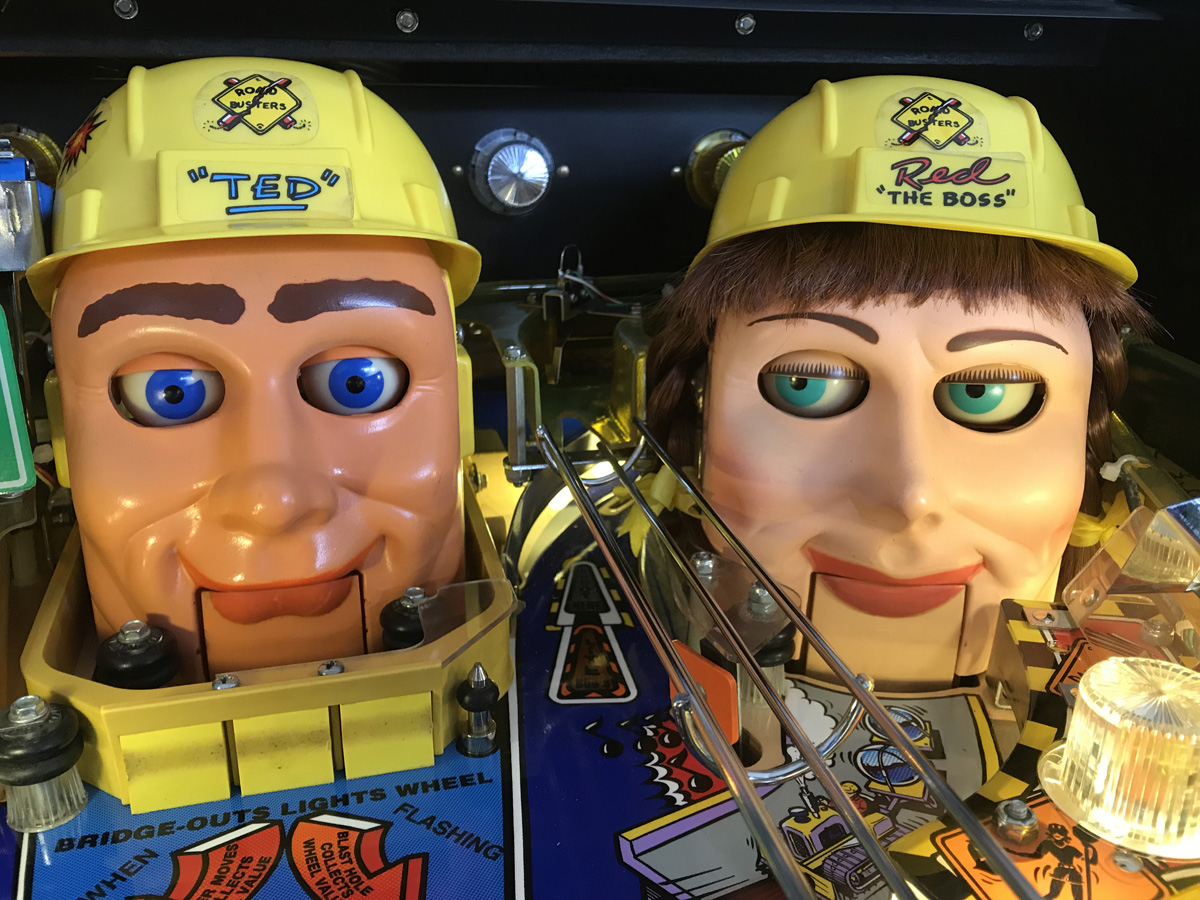 Red and Ted, the Road Busters, are a couple of fun-loving demolition experts crossing the country on their bulldozer.

They cause immense mayhem and destruction, but we love ’em anyway. Help them destroy civilization by accumulating miles to get to cities, by buying souvenirs for big prizes, by passing the days of the week and by giving them occasional iron supplements.

This game was acquired from a home owner and is in very nice condition. Cabinet shows  a minimal amount of fade, which is a common issue with this title if it spent anytime near a window with direct sunlight. Playfield is in outstanding condition, with no broken plastics or ramps. There is no where at outside of the Start Mode scoop hole as is so common on this title (see pics).

We have fully torn down and removed all the components from the top side of the playfield. The playing surface was cleaned and waxed to a high shine. All new rubber rings & balls installed throughout the playfield. All plastics, ramps and under playfield lamp boards, lamp inserts and coil assemblies have been cleaned. All lighting on the playfield and backbox has been upgraded to color matching premium non-ghosting LED lighting. This in turn looks so much better, they last longer and they consume far less energy than standard incandescent light bulbs thus putting less strain on the electronics of the game.

All functions have been checked for proper operation (including Red & Ted’s eyes & mouths) as well as the games shaker motor.

Great opportunity to own a nice example of a great Pat Lawlor pin.