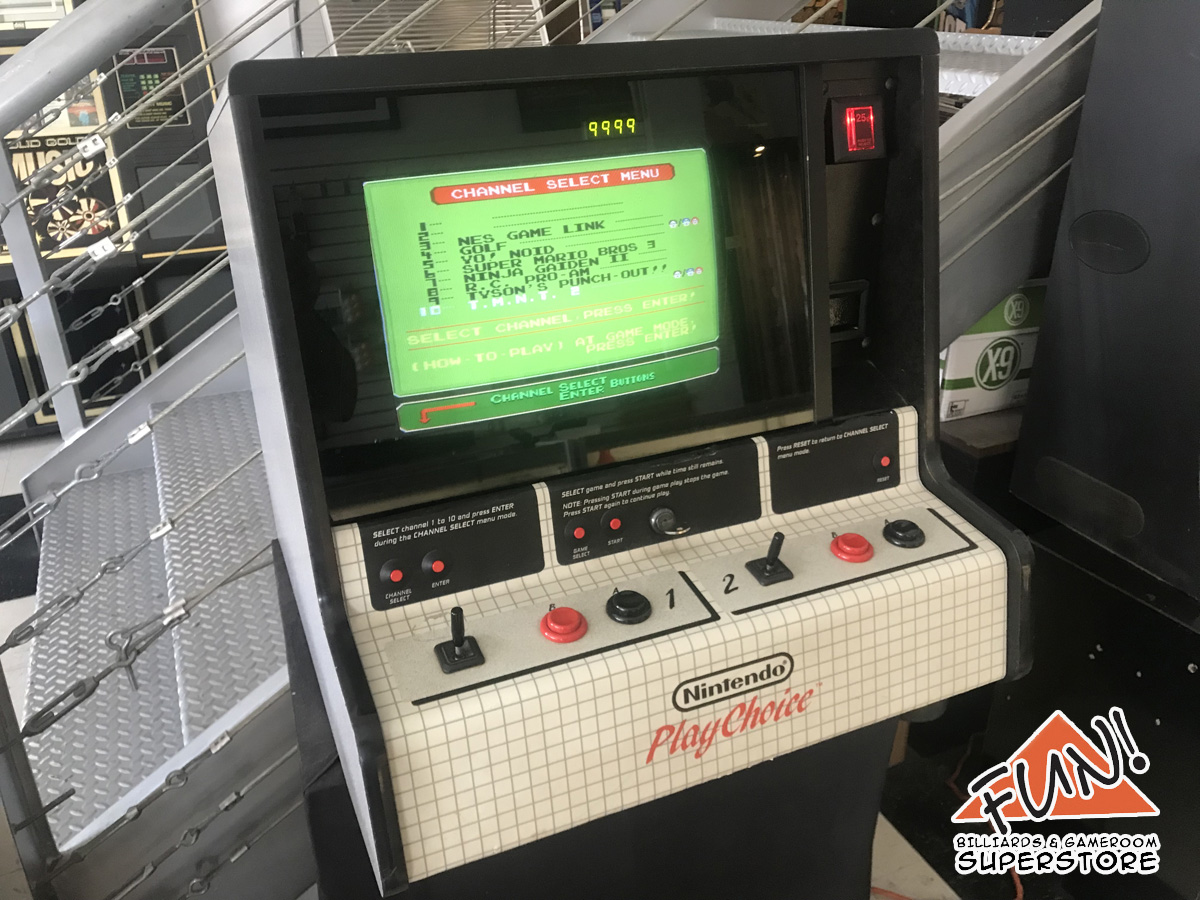 PlayChoice-10 was an arcade machine released by Nintendo in 1986. The game can consist of as many as 10 different games previously available only on the Nintendo Entertainment System home console. The games for this system are in the modular form of circuit boards that are plugged into one of the ten open slots on the PlayChoice-10’s motherboard.

The Playchoice 10 Arcade Game was available in both a Dual Monitor Upright Arcade Cabinet that was typically a converted PUNCH-OUT or a Single Monitor version. In addition there was also a smaller Countertop version of the game like the one we are offering here. The word RARE is overused but it’s truly the case with the Playchoice 10 Countertop Arcade Game. The counter top version is very sought after by Arcade Enthusiasts because of its compact size and there were very few of these ever produced and probably many less still in existence today.

This Playchoice 10 Counter Top Arcade Game we are offering here is in great condition and works great. The cabinet on this game is solid and complete with the often missing backdoor. There are only a few minor blemishes to the cabinet and the original control panel overlay decal has a few tears in it, but it presents very well.

This Playchoice 10 features it’s original 13″ CRT monitor that has a nice, bright and clear picture.

The NES Game Link features well over 200 of the most popular Nintendo Entertainment System Games all within 1 Slot of the PlayChoice 10.

This pre-owned Arcade Game includes our 30 day warranty on the electronics.

This is truly a rare piece of Arcade history, the first we have ever come across in our many years of business. Don’t miss out!