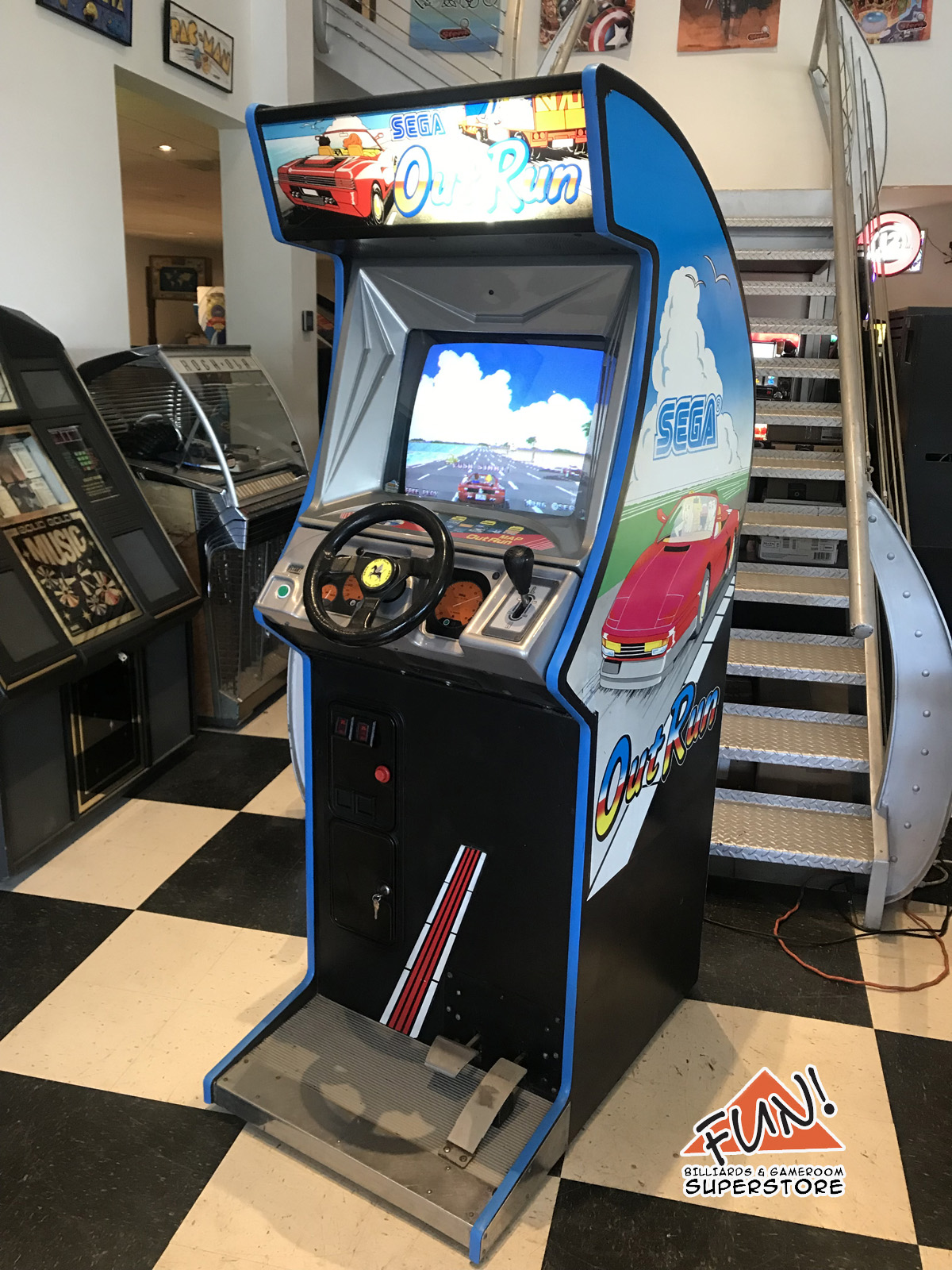 Out Run/Turbo Out Run Arcade Game *

Out Run is an arcade driving video game released by Sega in September 1986. It is known for its pioneering hardware and graphics, nonlinear gameplay, a selectable soundtrack, and motorized steering wheel that shakes when you run off the road or crash out. The goal is to avoid traffic and reach one of five destinations.

The game was a critical and commercial success, becoming the highest-grossing arcade game of 1987 worldwide as well as Sega’s most successful arcade cabinet of the 1980s. Out Run is considered one of the most influential racing games, cited as an influence upon numerous later video games, playing a role in the arcade video game industry’s recovery.

We acquired this game from a local collector and went further to make this game as great as it could be. Being almost 40 years old, it does show some wear to the exterior sideart that has been touched up. New T-molding has been installed on the cabinet. Control panel shroud is in great condition with no cracks, chips or breaks in the plastic which are very common on to find on this older classic arcade racing game.

This game features its original 19″ CRT tube monitor that has been rebuilt and has a great, bright & crisp picture with minimal burn screen burn in. It’s really hard to capture how nice this monitor looks with our camera. Come into the store and see for yourself!

DUAL GAME UPGRADE:
In addition we have upgraded this game with an awesome kit that allows the machine to play both the original Out Run boardset as well as the sequel Turbo Out Run game. Both original boardsets are installed within the game cabinet and simply pushing the button on the coindoor flips over which boardset is operating in the game.  Truly a unique an awesome kit giving you the ability to play both versions of this game in ONE cabinet.

WARRANTY:
Out Run includes our 30 day warranty on the electronics and mechanical components.