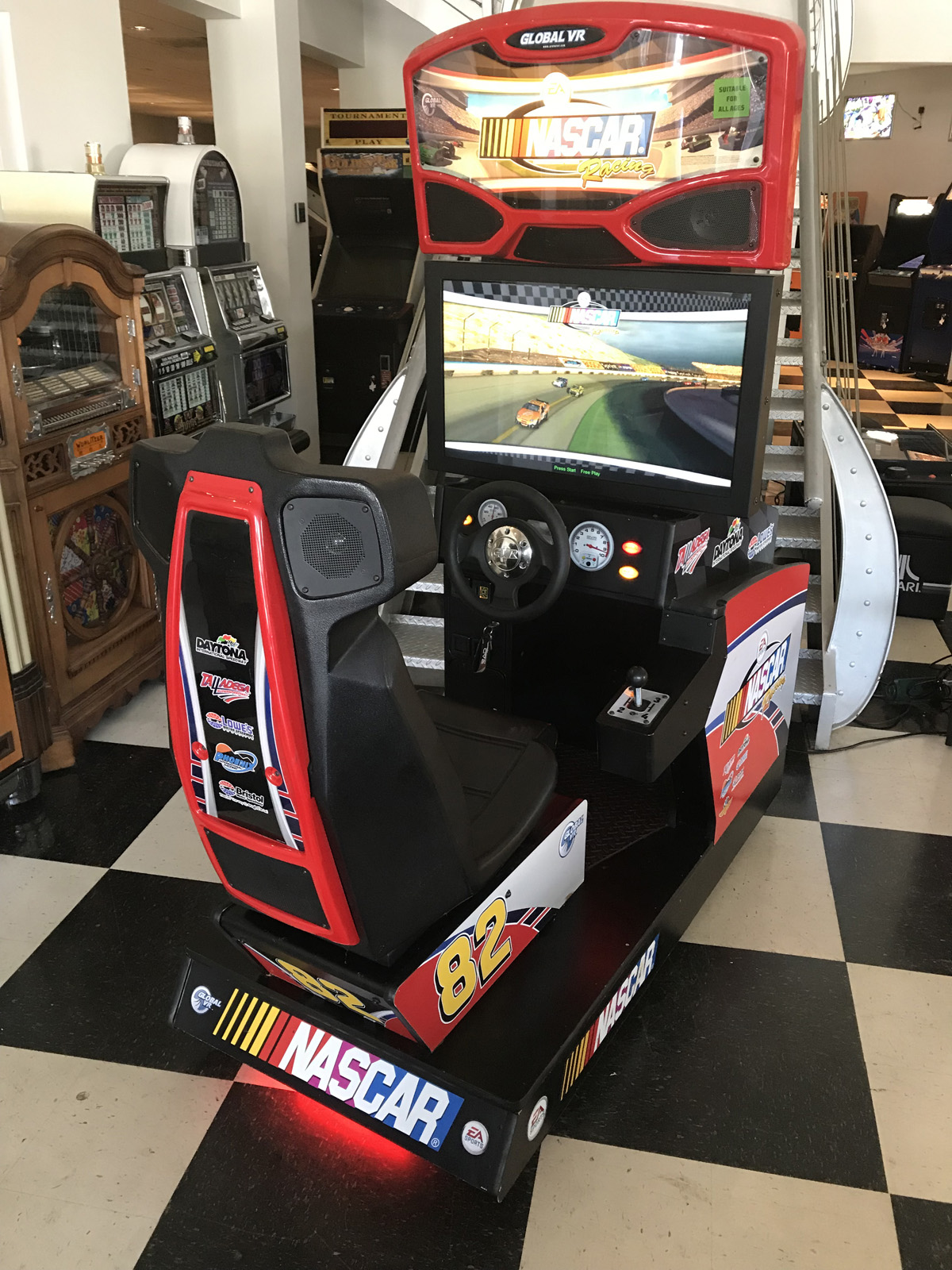 Push Your Stock Car To The Limits In This Official NASCAR Racing Arcade Driving Game!

Players can choose from 12 of NASCAR’s most celebrated drivers and race on the most popular NASCAR tracks as they experience the excitement of professional stock car driving. Each race includes 30 different computer-controlled NASCAR drivers and cars so that you are driving on a full track. Hear your pit boss offer advice and commands as you zoom around the tracks at speeds of 200 MPH while rocking out to various contemporary rock tunes.

Thanks to realistic drafting physics, you can get a draft-boost to speed past opponents after following directly behind them for a moment. Cars show physical damage and spectacular crashes. NASCAR Racing has also been designed with computer assisted driving to offer more appeal to casual players while allowing more seasoned drivers depth. This all plays out across six faithfully recreated NASCAR tracks including: Daytona International Speedway; Talladega; Indianapolis Motor Speedway; Atlanta Motor Speedway and more. If you play nice, you’ll win a ‘halo’ at the end of the race while aggressive drivers will win a set of red horns! Players can choose to drive either automatic or manual 4-speed transmission.

Superb graphics can been seen on the games beautiful 32″ LCD Flat Screen monitor as well as superior 5.1 surround sound audio that puts you in the seat of the action.

This pre-owned, reconditioned arcade game includes our 30 day warranty on the electronics.