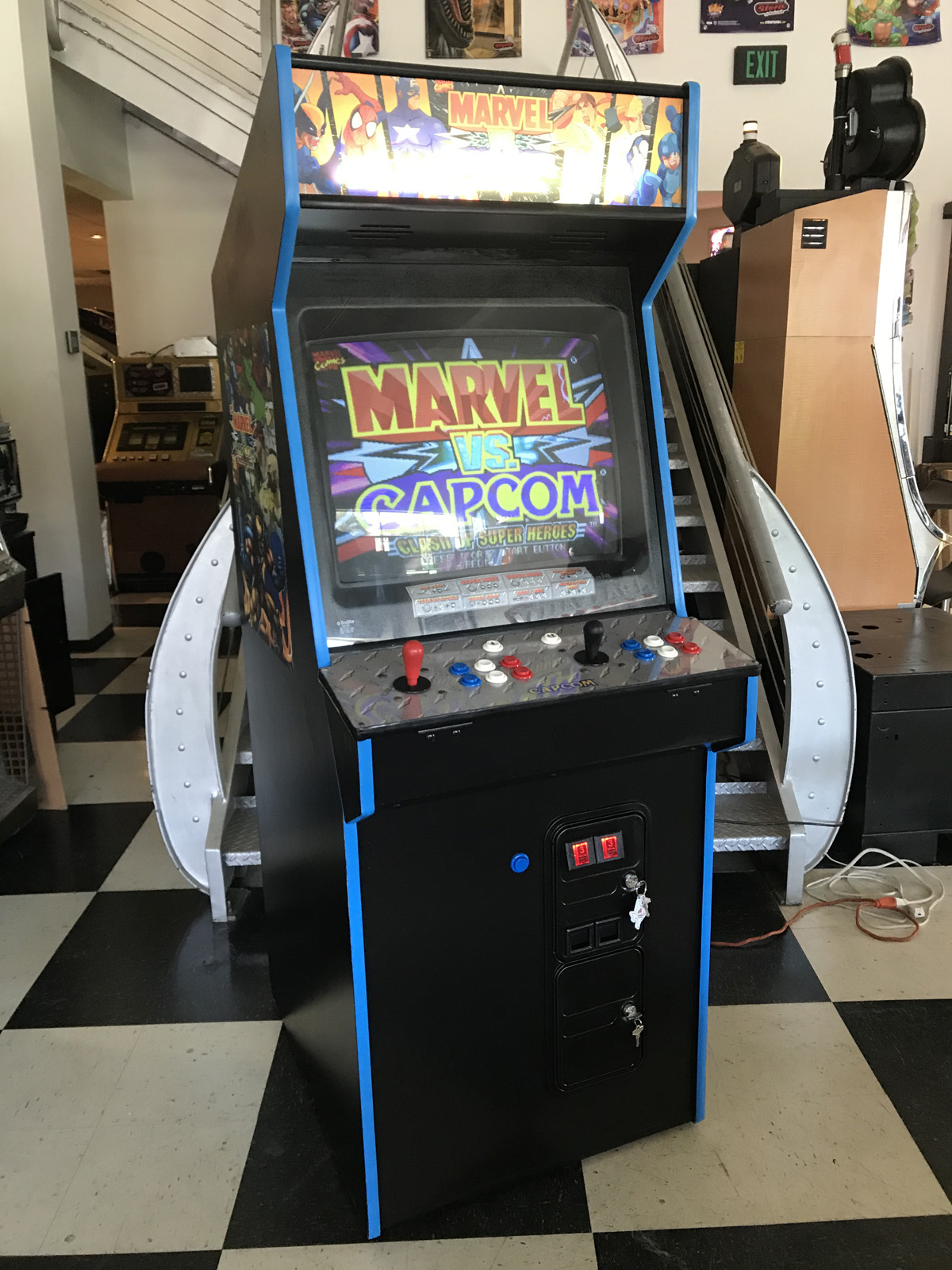 This Marvel Vs. Capcom Arcade game has it all!

Not only does it include Marvel Vs. Capcom but features over 2900 of the greatest arcade games ever released. Including such hit titles as the Street Fighter series of games, Mortal Kombat 1-4, King of Fighters, Killer Instinct, NBA Jam Tournament Edition, Neo-Geo games and classic arcade games such as Super Mario Bros, Tetris, Ghost n’ Goblins and Defender plus many more!

This pre-owned arcade game is a true arcade game running on a jamma PCB. It features a beautiful 25″ CRT monitor that has a bright crisp picture.

To see the full list of games loaded on this machine, look here.