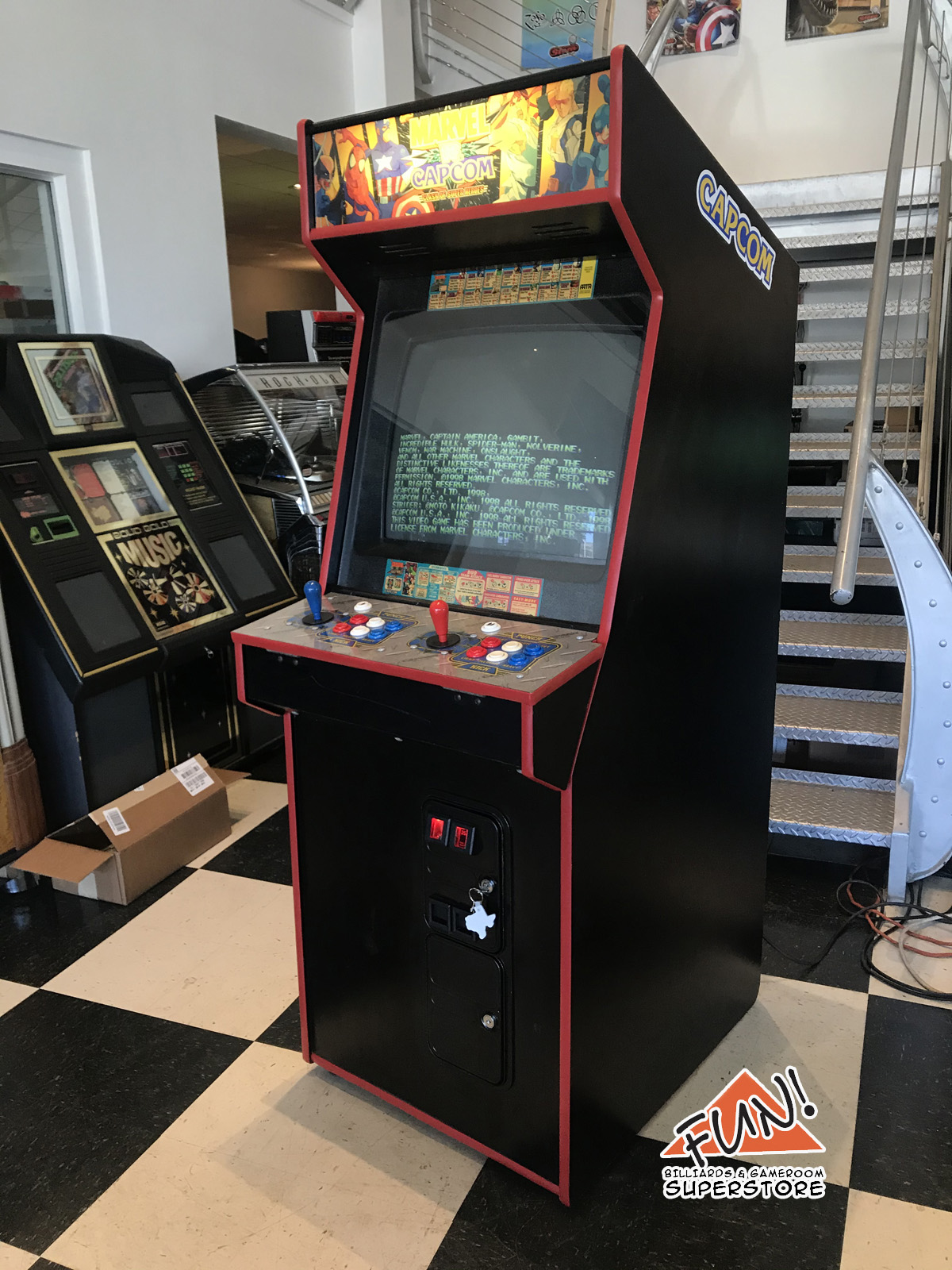 Marvel vs. Capcom  is a series of crossover fighting games developed and published by Capcom, featuring characters from their own video game franchises and comic book series published by Marvel Comics.

Its gameplay borrows heavily from Capcom’s previous Marvel-licensed fighting games X-Men: Children of the Atom and Marvel Super Heroes; however, instead of focusing on single combat, the games incorporated tag team battles. Players form teams of two, controlling one fighter at a time, attempt to damage and knock out their opponents. Players can switch out their characters during the match, allowing team members to replenish their health and prolong their ability to fight. The series’ gameplay is also distinguished from other fighting game franchises due to its character assist mechanics and emphasis on aerial combat.

The Marvel vs. Capcom Arcade Game has received generally positive reviews from critics, who have praised its fast-paced gameplay, animated visuals, and wealth of playable characters.

This Marvel Vs. Capcom Arcade Game comes to you in a nice black cabinet and features a 25″ CRT Monitor with a beautiful crisp, clear picture. We have installed brand new red t-molding along the perimeter, new Capcom cabinet decals, cleaned and touched up the cabinet as well as replaced several of the buttons. It can be set to coin-op play or free play by changing settings in the adjustments menu.

This game is 100% functional and would be great in your home gameroom or back out on location to earn revenue.