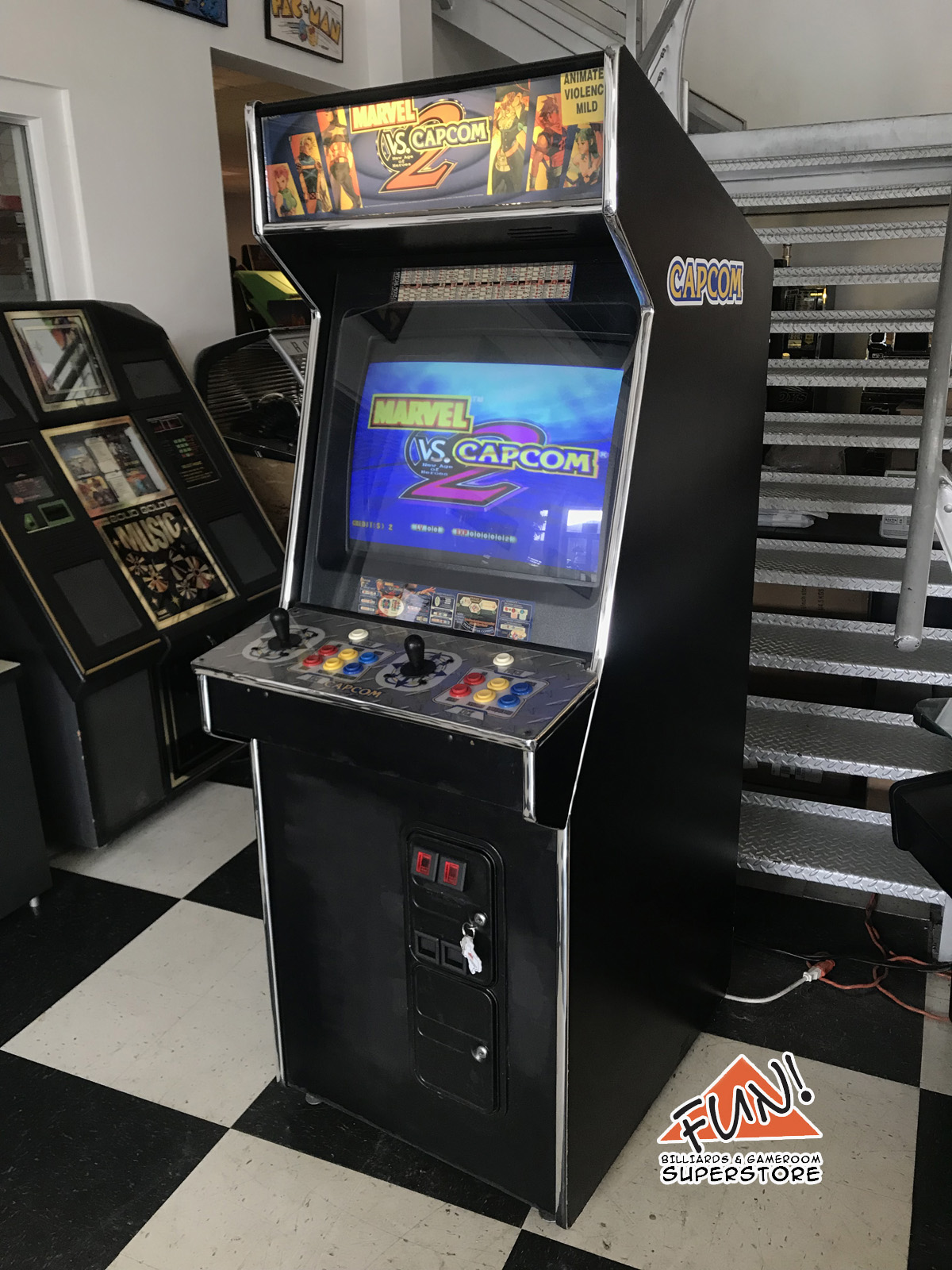 In Marvel vs. Capcom 2, players select a team of characters from the Marvel and Capcom universes to engage in combat and attempt to knock out their opponents. While the game uses similar tag team-based game mechanics to the series’ previous iteration, Marvel vs. Capcom: Clash of Super Heroes, it features several significant changes, such as three-on-three gameplay, a new character assist system, and a more simplified control scheme. The character artwork uses traditional 2D-animated sprites, while the backgrounds and visual effects are rendered in 3D. This makes Marvel vs. Capcom 2 the first game in the franchise to feature 2.5D graphics.

This Marvel Vs. Capcom 2 Arcade Game comes to you in a nice black cabinet and features a 25″ CRT Monitor with a beautiful crisp, clear picture. We have installed brand new chrome t-molding along the perimeter, new Capcom cabinet decals, cleaned and touched up the cabinet as well as replaced several of the buttons. It can be set to coin-op play or free play by changing settings in the adjustments menu.

This game is 100% functional and would be great in your home gameroom or back out on location to earn revenue.