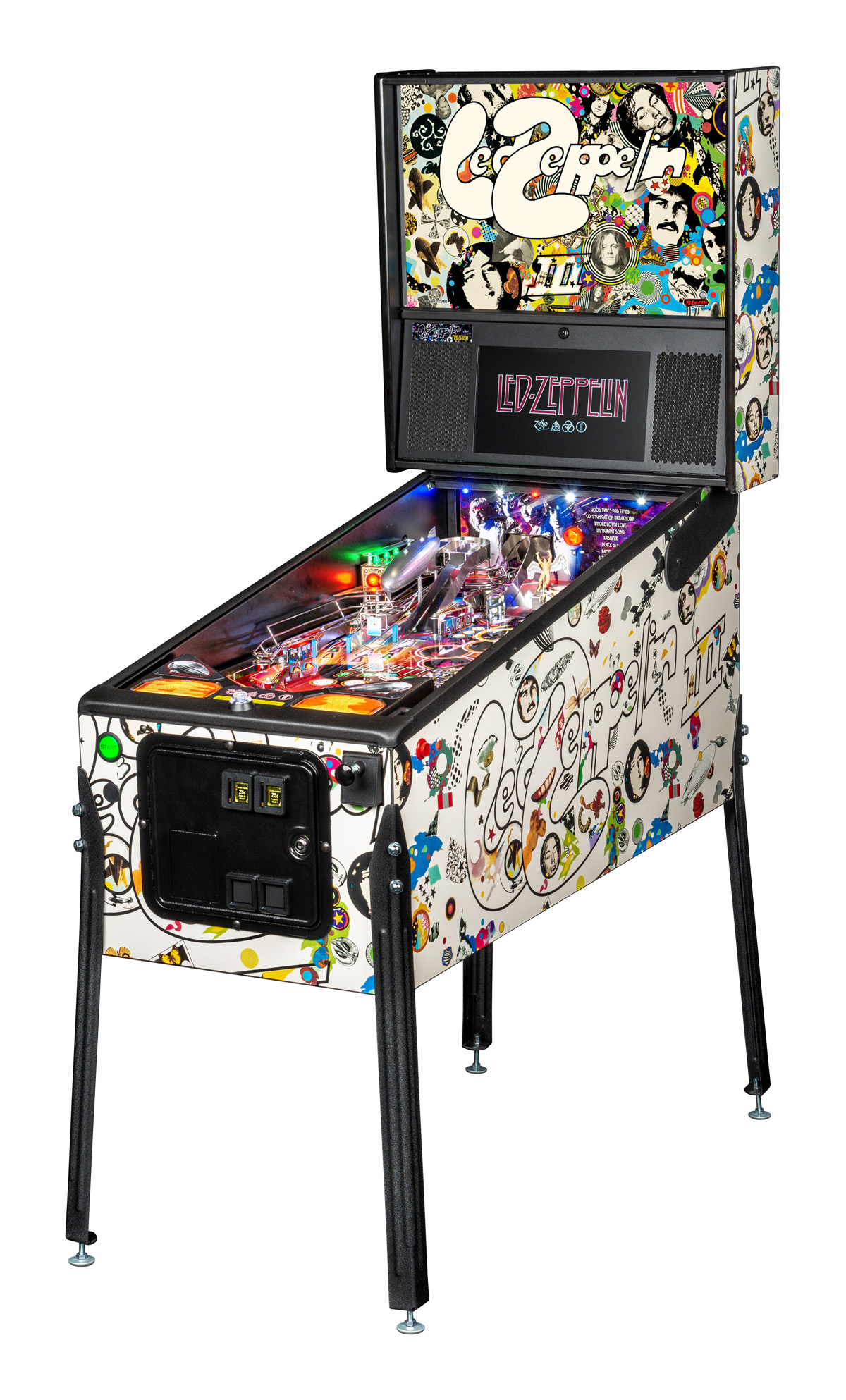 Led Zeppelin includes Stern’s Insider Connected system, which includes a QR code reader on the bottom arch that enables players to interact with the game and this new network in a variety of ways. Stern Insider Connected provides new entertainment and player engagement features and an operator focused tool set to drive location play and remotely manage every aspect of the machines. Insider Connected will include a full scope of features scheduled for roll out over the next year.

–Led Zeppelin Backbox Topper – $849.99 + Shipping
Official Led Zeppelin Pinball topper features a fully interactive RGB LED lighting and animated Stage Lights. This exclusive topper is only being made available for a very short time. Do not delay as these will sell out! Easy install. Fits all Led Zeppelin game models. 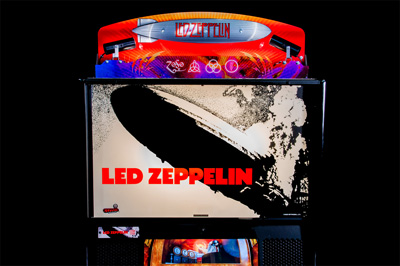 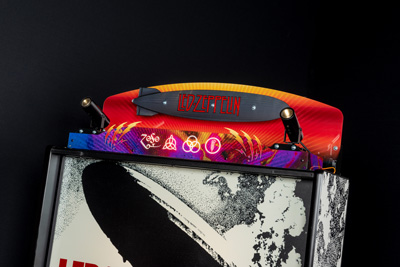 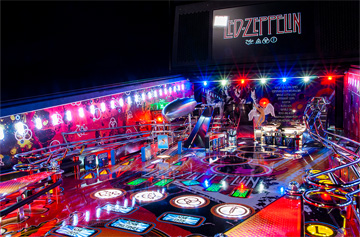 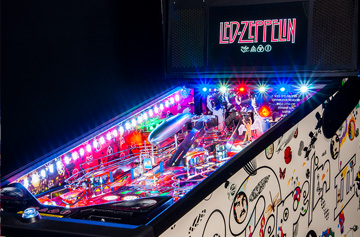 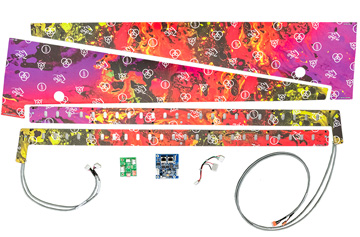 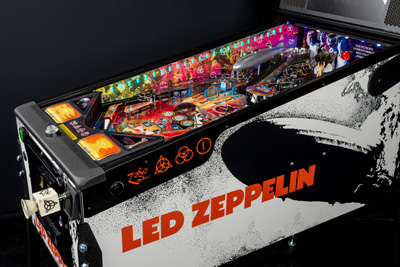 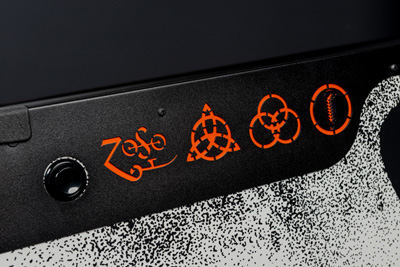 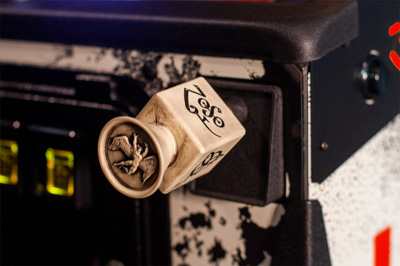 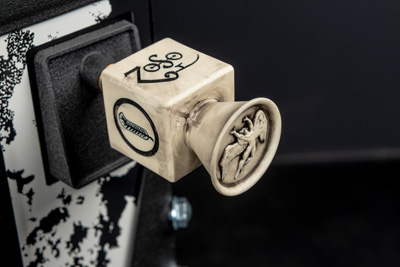