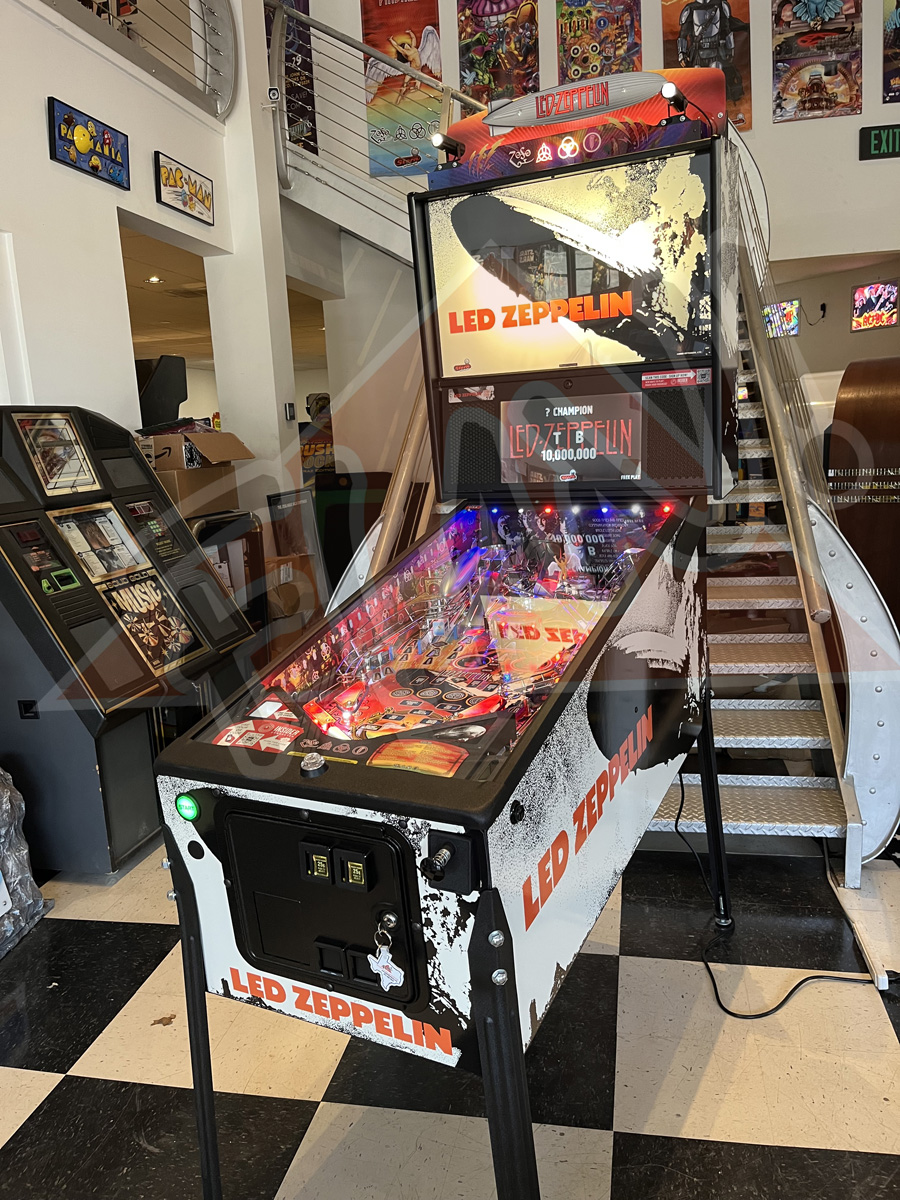 Now out of production, we bring you our very last Led Zeppelin Premium Pinball that includes the, illuminated factory backbox topper with animated stage lights. The topper now also out of production, and was only available for a limited time for $850, truly a unique addition to have on this machine.

This demo unit has only been used and displayed on our showroom floor and currently has less than 75 total play’s on the game. It’s practically brand new….although it is isn’t! Heck it’s not even broken in yet 🙂

All aspects of this game are flawless and you’d be hard pressed to find one much nicer unless you were to receive a brand new unit, which would be quite difficult as this title is no longer in production. Latest game software version 1.17v installed.

Led Zeppelin pinball machines include Stern’s award-winning Insider Connected™ system, which enables players to interact with the game and a global network of players in a variety of ways.  Through Insider Connected, players can track progress, earn new game-specific achievements, engage with the player community, and participate in promotions and Challenge Quests.  Insider Connected also provides an operator-focused toolset to drive location play through Location Leaderboards, build player loyalty, analyze performance, make adjustments remotely, and maintain the machines.  Registration for Insider Connected is available at insider.sternpinball.com/.

–WARRANTY
This demo pinball machine includes our 30 day warranty on the electronic and mechanical components of the machine.