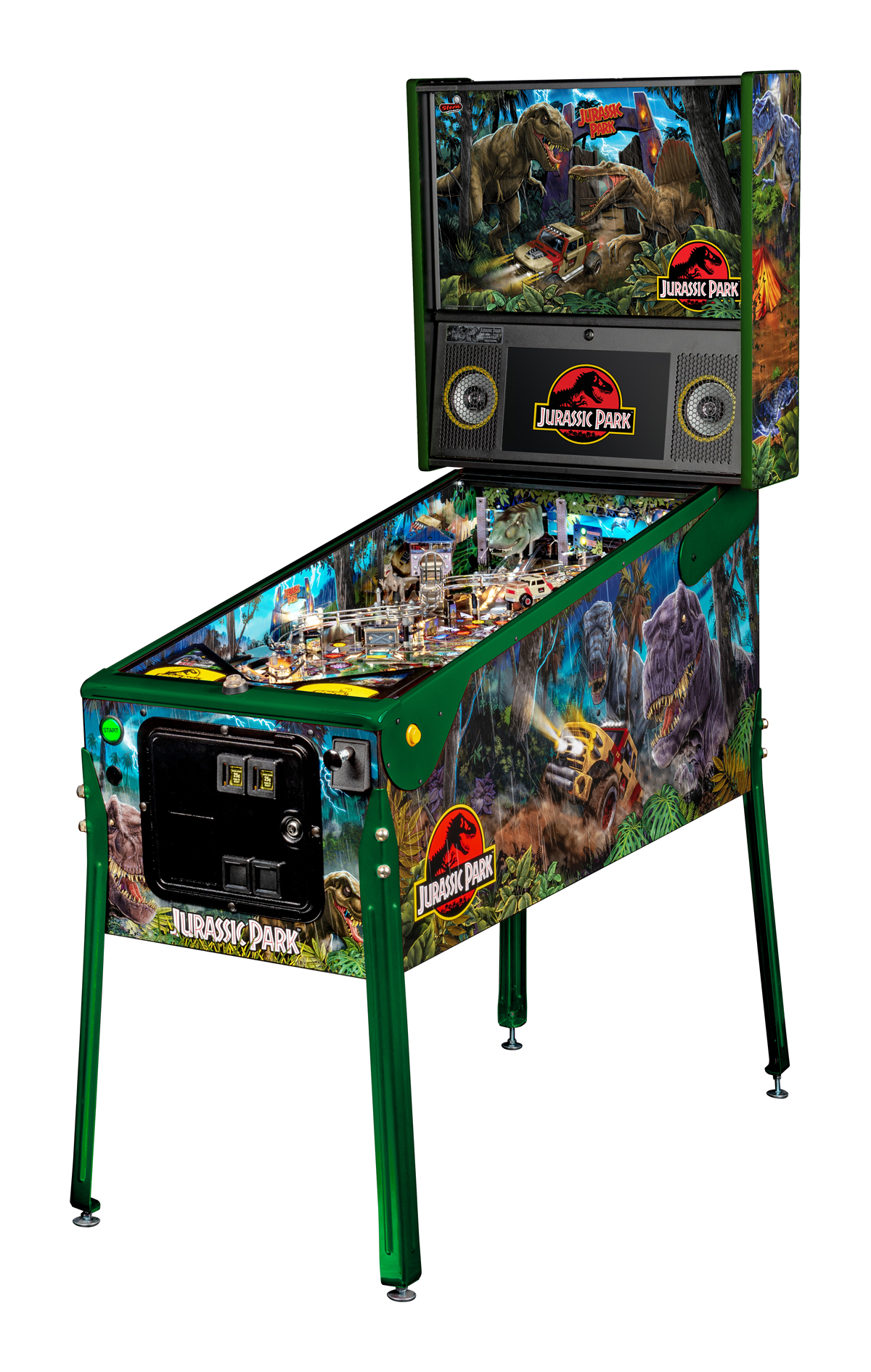 Only 500 Being Produced Worldwide.

The Premium  & Limited Edition have these notable features:
– Animatronics articulated moving ball eating and spitting T-Rex
– Motorized up-down target guarding the Raptor pen
– A ball captured behind the target operates as a Newton ball when
the target is hit
– 4th up post, in the Raptor pen to facilitate multiball and lock
– Horizontal spinning target helicopter blade
– Mosquito in amber pop bumper caps