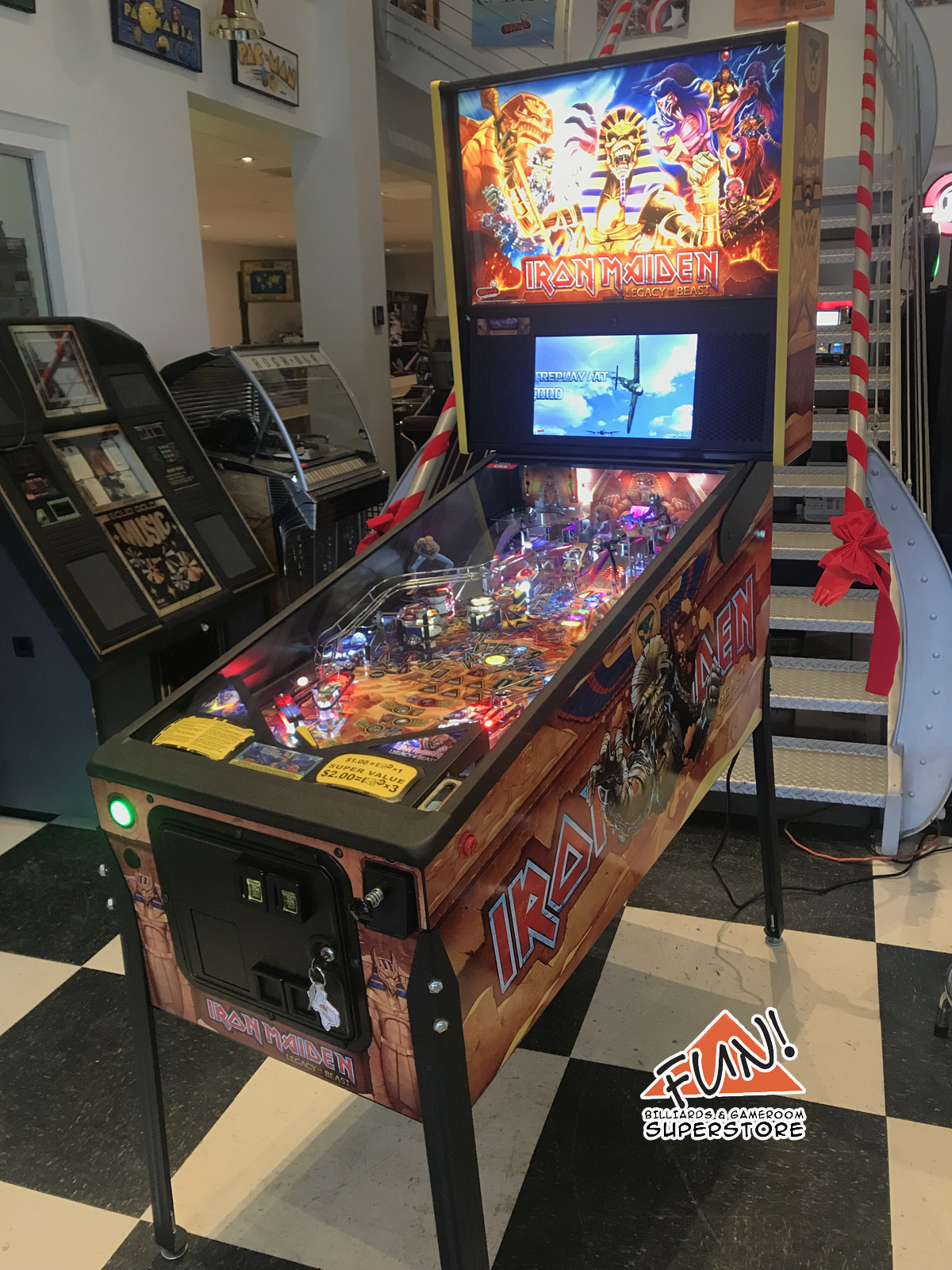 PRE-OWNED, LOW PLAYS! – HOME USE ONLY

Just taken in on trade is this now out of production, beautiful, Home Use Only, gently used Iron Maiden Premium Pinball that includes the both Shaker Motor and HD Anti-Reflective glass installed.

This game is Home Use Only, one owner machine. Home Use Only means that it has only been enjoyed/played in one customers home and has never been used and abused in a commercial establishment to earn revenue such as a bar, family entertainment center or arcade. This game currently has less than 250 total plays and is practically brand new….although it is isn’t! Heck it’s not even broken in yet 🙂

All aspects of this game are flawless and you’d be hard pressed to find one much nicer unless you were to receive a brand new unit, which would be quite difficult as this title is no longer in production. Latest game software version 1.10v installed.

The Iron Maiden Premium has new, unique, and innovative mechanisms.
Included is a motor controlled tomb entrance feeding a motorized combination ball lock/Newton ball, which allows the player to physically knock a Newton ball onto the playfield to be an active multiball.  A second new and unique device is a very cool omnidirectional ball target used in place of the Pro’s normal standup target.  The Premium is further enhanced by the jump ramp that opens to reveal a scoop, interactive chase light beacon led device, backlit stacked back panel plastic, plus the inclusion of custom Eddie sculpts.

–Warranty
This pre-owned pinball machine include our 30 day warranty on the electronic and mechanical components.

Don’t just take our word for it, see for yourself why the Iron Maiden “Legacy of the Beast” Pinball Machine holds #8th Place in the Top 100 Pinball Machines ever produced according to Pinside. This game is amazing FUN!