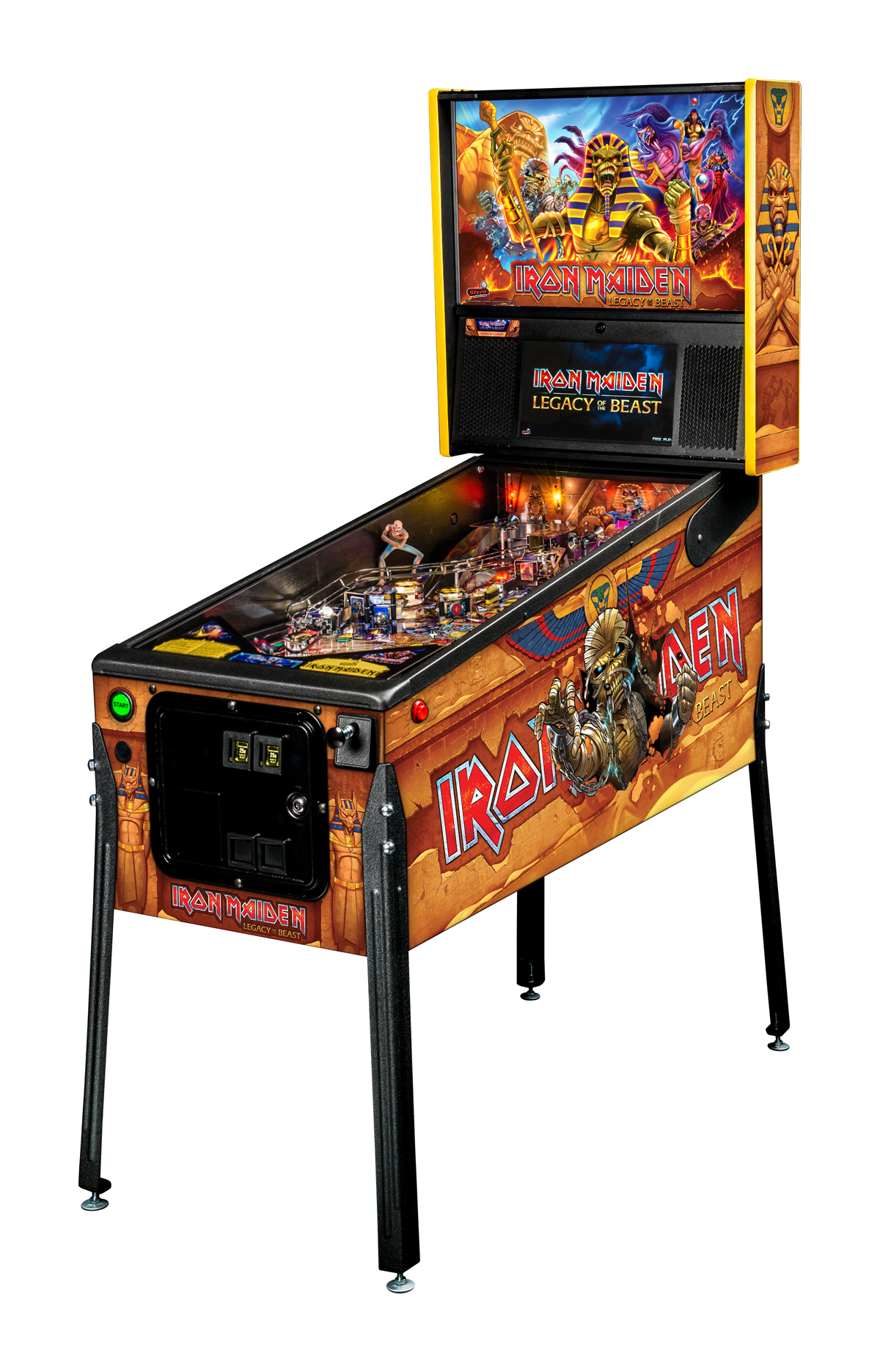 The Iron Maiden Premium and LE have new, unique, and innovative mechanisms.
Included is a motor controlled tomb entrance feeding a motorized combination ball lock/Newton ball, which allows the player to physically knock a Newton ball onto the playfield to be an active multiball.  A second new and unique device is a very cool omnidirectional ball target used in place of the Pro’s normal standup target.  The Premium and LE are further enhanced by the jump ramp that opens to reveal a scoop, interactive chase light beacon led device, backlit stacked back panel plastic, plus the inclusion of custom Eddie sculpts.

Iron Maiden includes Stern’s Insider Connected system, which includes a QR code reader on the bottom arch that enables players to interact with the game and this new network in a variety of ways. Stern Insider Connected provides new entertainment and player engagement features and an operator focused tool set to drive location play and remotely manage every aspect of the machines. Insider Connected will include a full scope of features scheduled for roll out over the next year.