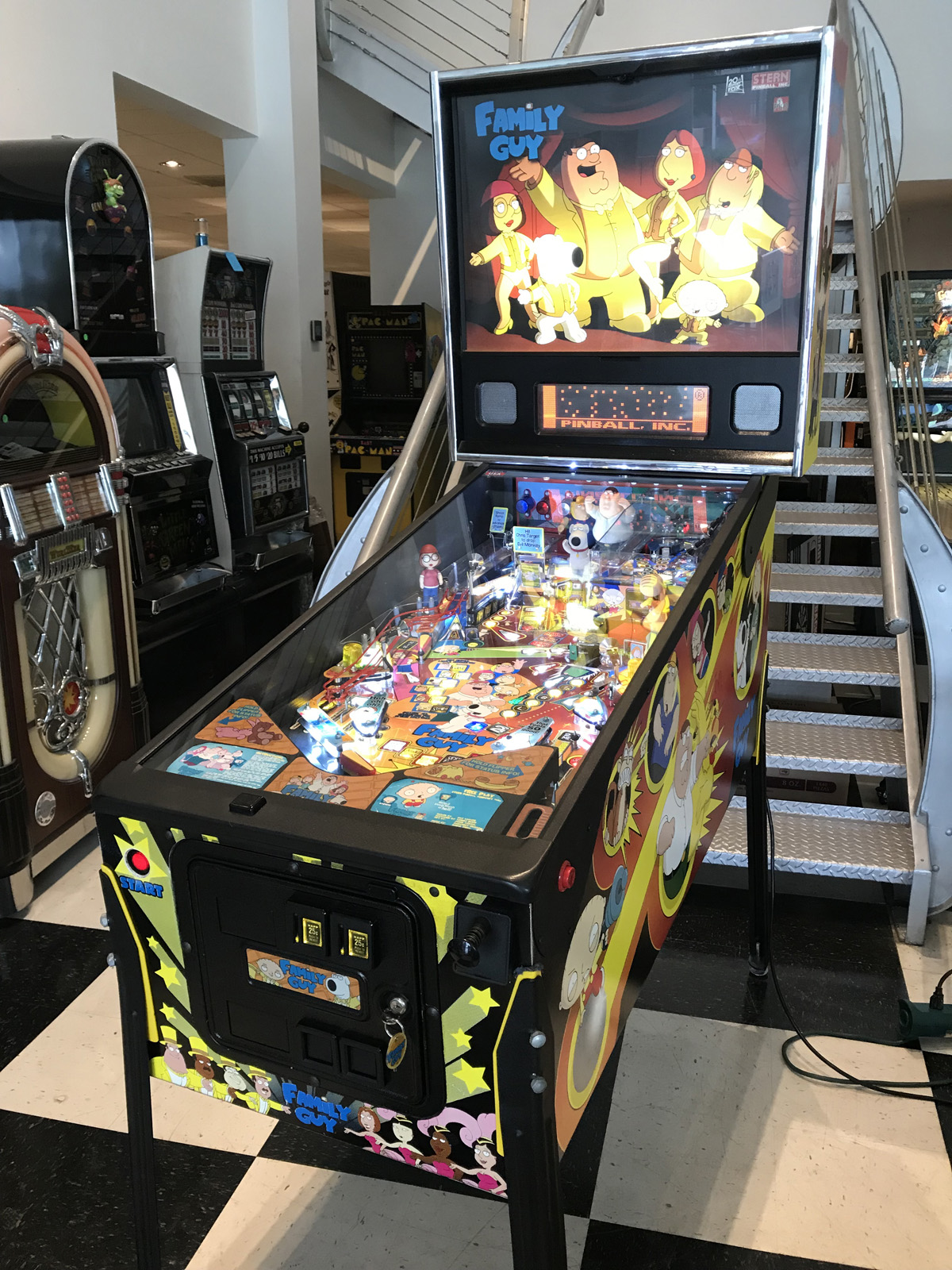 Meet the Griffins…America’s first family of comedy! The Griffin family stars in the FOX Television show FAMILY GUY, an animated sitcom that is making adults of all ages laugh till they cry. FAMILY GUY PINBALL was created by famed pinball designer Pat Lawlor. Pat Lawlor’s most memorable pinball titles include: The Addams Family, Twilight Zone and FunHouse.

Additional features on the game include: character figures of each of the six Griffin family members by Mezco Toys; a Patriot Ale can with a Brian Griffin toy standing on top that can be struck by the ball; two captive pinballs, which spell out P-I-N-B-A-L-L when struck; and plenty of multi-ball features.

FAMILY GUY pinball has great depth and is fun and easy to understand for the casual player.

This game was recently taken in on trade and it is in very nice cosmetic condition. We have shopped this game by cleaning and polishing the playfield and replacing rubber rings throughout the playfield(s). All playfield illumination has been upgraded with high quality non-ghosting LED’s. These not only give the game a great look, they also consume far less energy which is great for the electronics on this machine.

All functions have been checked by a trained pinball technician.