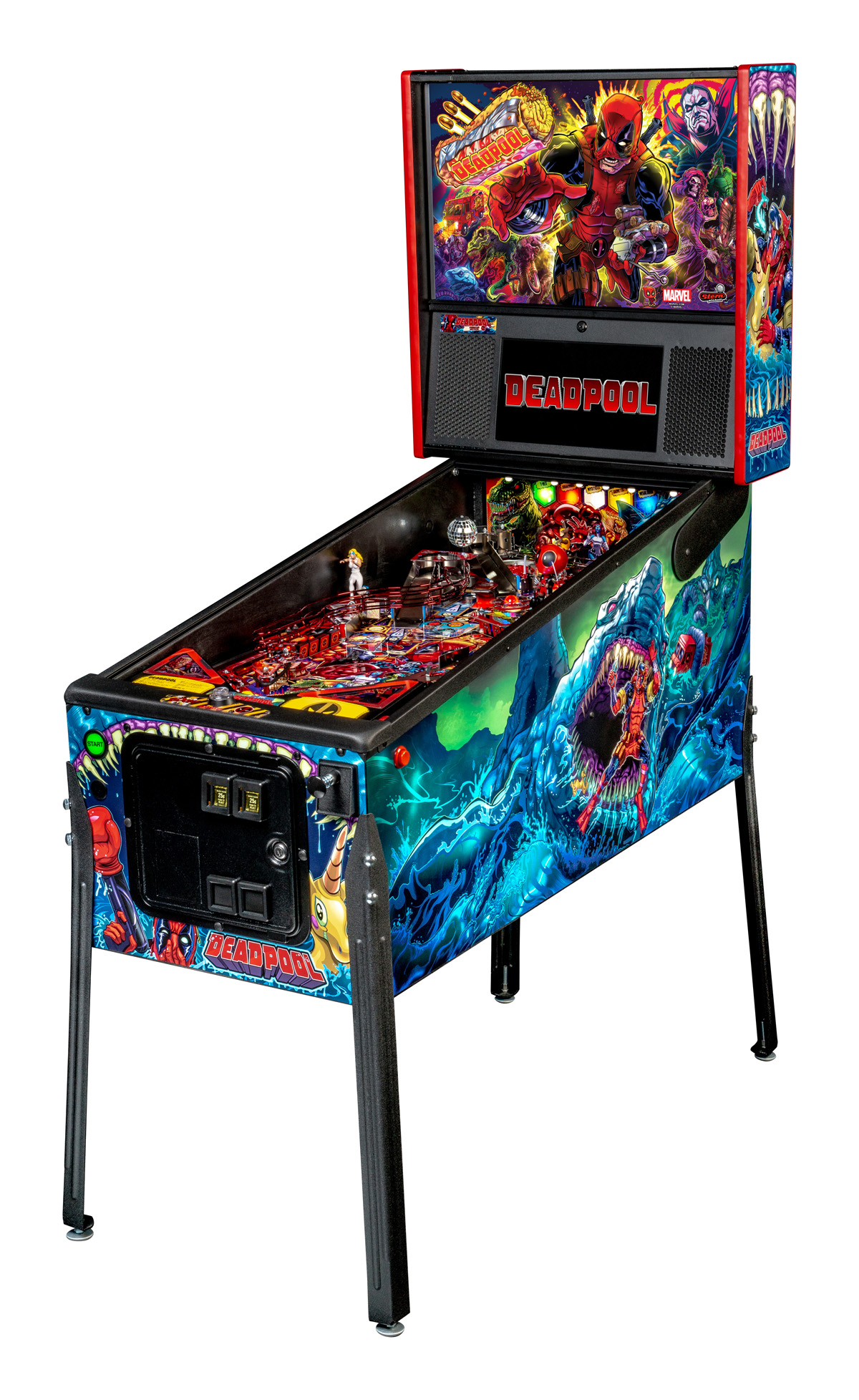 What’s the difference between the Pro, Premium & Limited Edition Models of Deadpool? Click here to see the Feature Matrix Chart.

“Deadpool” is known as the “Merc with a Mouth” because of his talkative nature & is notorious for his outrageously funny offbeat humor which is featured throughout the game.

Players will be immersed in the Deadpool universe, teaming up with iconic X-Men characters Wolverine, Dazzler, Domino, and Colossus as they battle against infamous villains Juggernaut, Sabretooth, Mystique, Sauron, and Mr. Sinister. Players will also tag along with Deadpool on his time machine quests as he battles against the T-Rex and the Megalodon.

These additional great features are included on the Deadpool (Premium) Pinball Machine:
– Disco Ball on playfield which illuminates and rotates during certain modes of play.
– In replacement of the standard 4 stand up targets on the left and right side of the Pro model, Deadpool (Premium) includes a bank of 4 Drop Targets on the Left & Right side of the playfield that spell DEAD POOL.
– Powder coated Wireform Ramps in slick looking Deadpool Red.
– 3D Molded & Painted Figures & Chimichanga Truck on the Playfield.
–  Actuated Up/Down ramp. The left orbit shot loops around the back and passes through a two-way control gate and around the right side up onto the katana sword ramp and down to the right flipper. This allows for continuous combo shots by looping around and around. This feature opens the flow of the game drastically. Pro Model does not include this.

Deadpool includes Stern’s Insider Connected system, which includes a QR code reader on the bottom arch that enables players to interact with the game and this new network in a variety of ways. Stern Insider Connected provides new entertainment and player engagement features and an operator focused tool set to drive location play and remotely manage every aspect of the machines. Insider Connected will include a full scope of features scheduled for roll out over the next year.