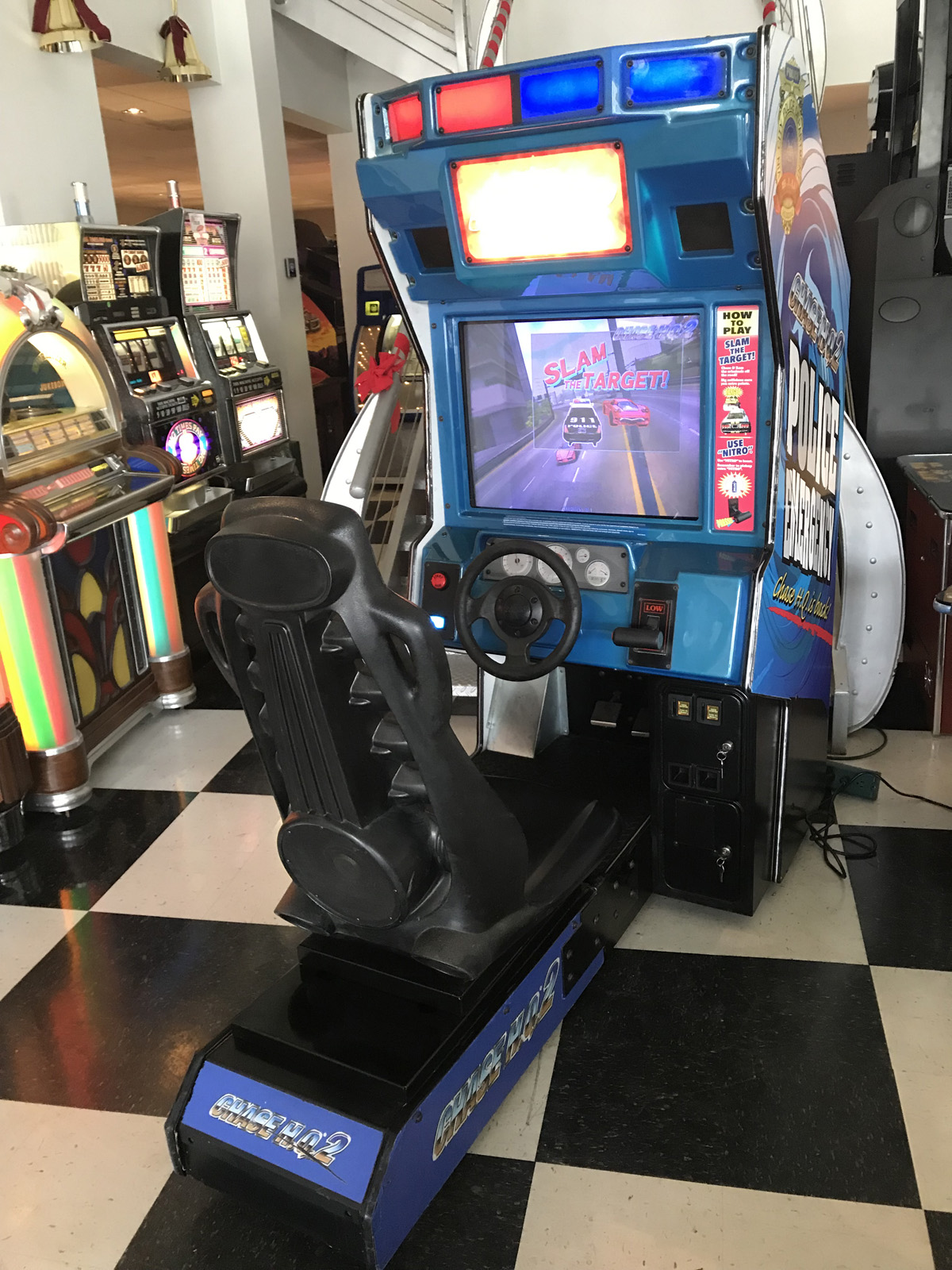 Chase H.Q. 2 is an arcade-exclusive racing game released by Taito Corporation. It is the sequel to the late 80’s hit arcade game Chase H.Q.

The game follows the formula of the original, but features 3D graphics.

Gameplay
The player takes control of three main vehicles. One of which is a modern stock sports car, a patrol sports car and a striped muscle car. Each level consists of one simple goal of racing to the end with the intent of defeating the villain vehicle, which has to be damaged enough to be taken down and the criminals taken into custody. Some villains have tricky tactics that make gameplay more challenging. Gameplay is also based on a point system.

FEATURES:
– Reactive steering with realistic driving sensation.
– Flashing Light Bar at the top of the cabinet
– Can be set to FREE PLAY or back to coin operation to earn revenue.
– “Bodysonic” deep bass speaker behind drivers seat

CONDITION:
Overall the game is in nice condition, but does show some age from commercial arcade use as there are some scuffs and scratches that have been touched up on the cabinet. There is a crack in the title bezel. Also to note, there is a a chunk missing from the upper light bar shroud at the top of the game. This damage is purely cosmetic and does not effect game play in any way. It can not be seen at eye level, but should be noted to the perspective buyer. We have recently replaced the battery on the game board as well as repaired/rebuilt the monitor which now has a nice bright picture, crisp picture.

In addition we have installed a brand new steering wheel (although not shown in picture) at the time these pictures were taken.

As with all of our pre-owned games. Chase H.Q. 2 includes a 30 day warranty on the electronics.