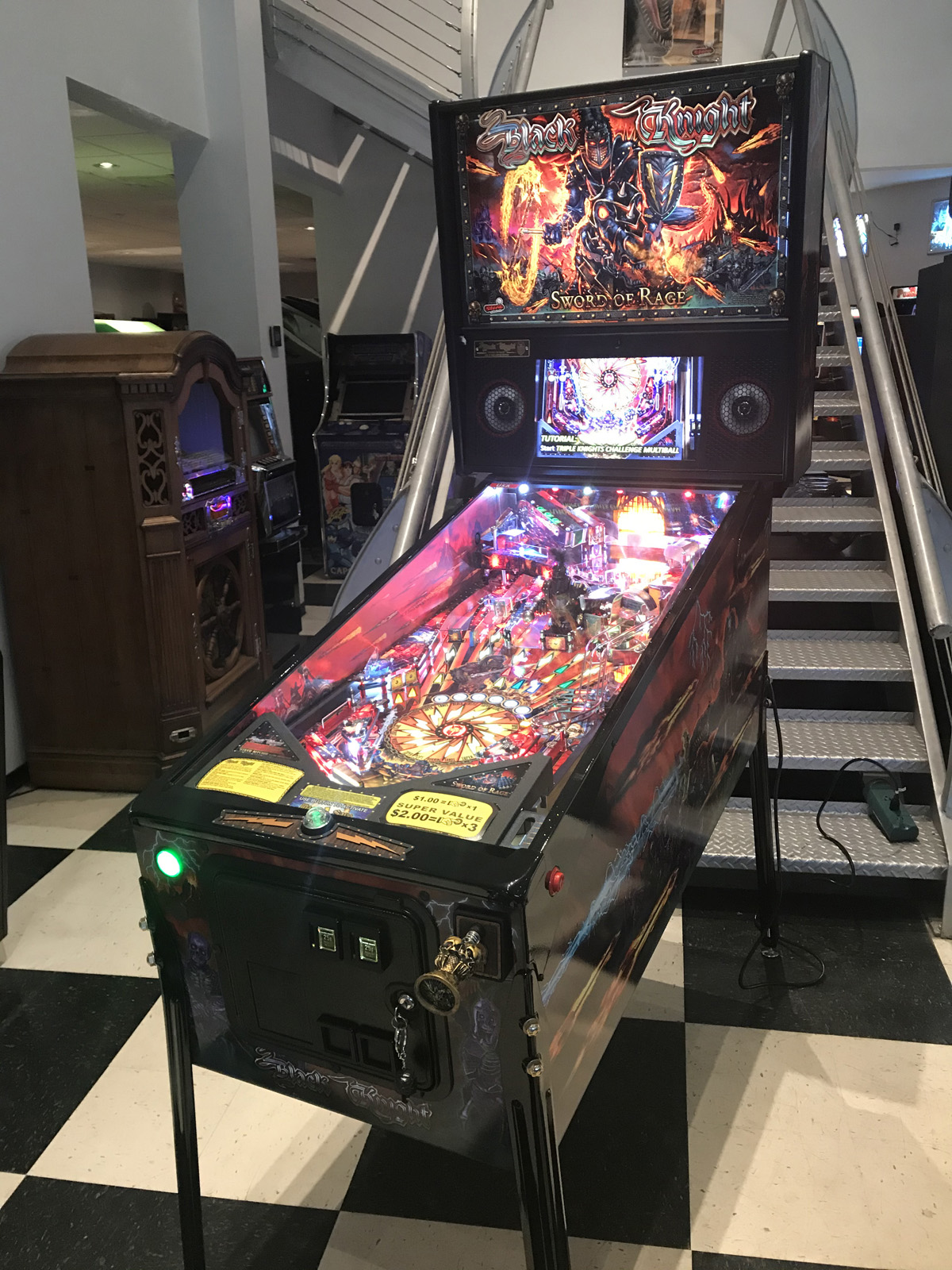 #465 of  600 Produced Worldwide.
Immaculate condition, low plays! Home Use Only!

This Black Knight: Sword of Rage (Limited Edition) #465 comes back into us on trade by a local pinball collector. It is in immaculate condition and is Home Use Only. By that we mean that it has only been in the home of a private collector and has never spent anytime in a commercial establishment such as a bar, restaurant or family fun center. As you can see on the attached pics provided this game has less than 100 total plays on it, it’s practically brand new….but it’s not.

This Black Knight: Sword of Rage (Limited Edition) has been fully checked out by our technician team and has had the latest game code installed on it as well as the Stern Service Kit plastic kit installed on the upper playfield.

This game includes our 30 day warranty on the electronics.