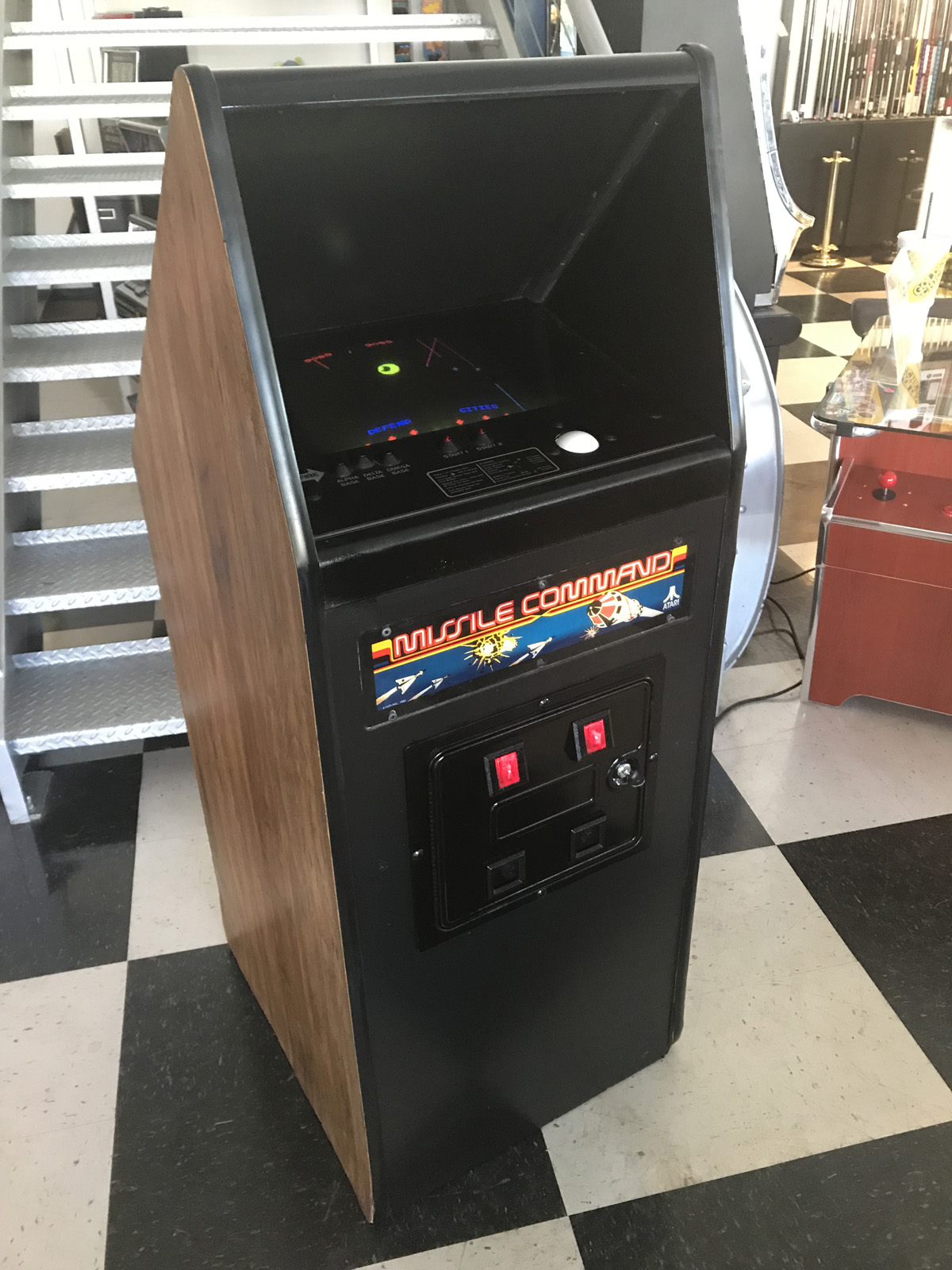 Who can forget this classic 80’s arcade game, Missile Command. Missile Command is considered one of the great classic video games from the Golden Age of Arcade Games. In addition, this is the cabaret cabinet variation of this game. Several manufactures in the early 80’s manufactured cabaret cabinet arcade games to cater to commercial locations where floor space was a concern. Cabaret arcade games are considered some of the most collectible by arcade purist due to their compact size and relatively low production numbers in comparison to their full size upright counter parts. 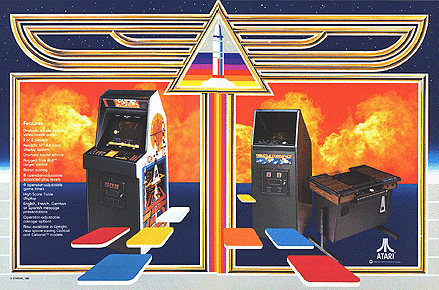 PLOT:
The player’s six cities are being attacked by an endless hail of ballistic missiles, some of which split like multiple independently targetable reentry vehicles. New weapons are introduced in later levels: smart bombs that can evade a less-than-perfectly targeted missile, and bomber planes and satellites that fly across the screen launching missiles of their own. As a regional commander of three anti-missile batteries, the player must defend six cities in their zone from being destroyed.

The game is played by moving a crosshair across the sky background via a trackball and pressing one of three buttons to launch a counter-missile from the appropriate battery. Counter-missiles explode upon reaching the crosshair, leaving a fireball that persists for several seconds and destroys any enemy missiles that enter it. There are three batteries, each with ten missiles; a missile battery becomes useless when all its missiles are fired, or if the battery is destroyed by enemy fire. The missiles of the central battery fly to their targets at much greater speed; only these missiles can effectively kill a smart bomb at a distance.

GAMEPLAY:
The game is staged as a series of levels of increasing difficulty; each level contains a set number of incoming enemy weapons. The weapons attack the six cities, as well as the missile batteries; being struck by an enemy weapon results in destruction of the city or missile battery. Enemy weapons are only able to destroy three cities during one level. A level ends when all enemy weaponry is destroyed or reaches its target. A player who runs out of missiles no longer has control over the remainder of the level. At the conclusion of a level, the player receives bonus points for any remaining cities

The game inevitably ends when all six cities are destroyed, unless the player manages to score enough points to earn a bonus city before the end of the level. Like most early arcade games, there is no way to “win” the game; the game just keeps going with ever-faster and more prolific incoming missiles. The game, then, is just a contest in seeing how long the player can survive.

CONDITION:
This original, classic Missile Command Arcade Game comes to us from a local home owner where it has spent many years since being used commercially. Since taking ownership we have installed brand new t-molding around the perimeter of the cabinet. Coin door has been repainted. Controls have been cleaned and we have rebuilt the trackball with new roller ball, bearings and rollers. Game board, power supply and monitor have been serviced and repaired. Cabinet is a little frayed along the bottom edges but still presents very well.

All in all, this is a very nice looking Missile Command Cabaret Arcade Game. These are hard to come by and very collectible, with that being said, we don’t expect this to last long in our inventory.

Missile Command includes our 30 day warranty on the electronics.