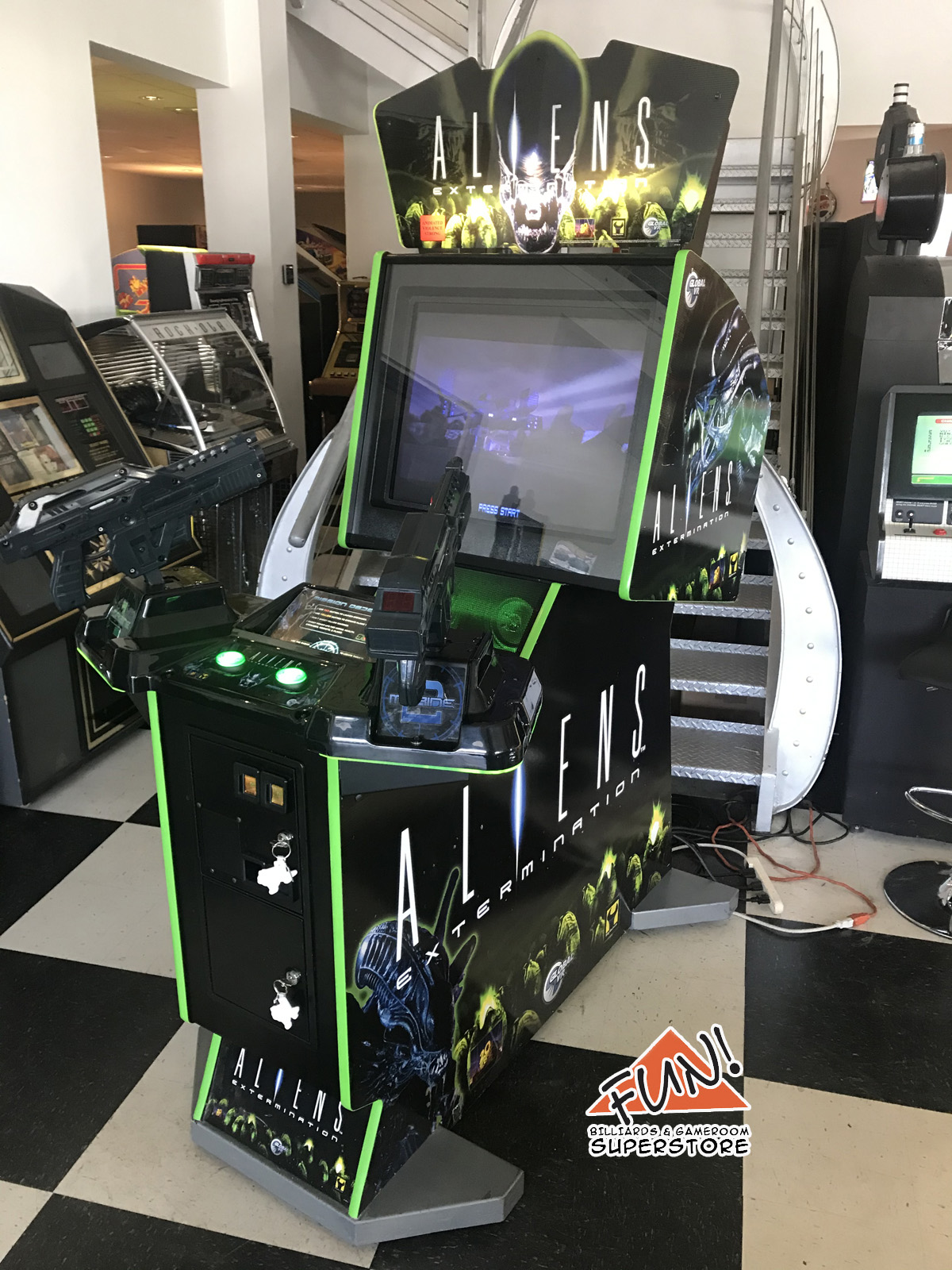 This 2006 release by Play Mechanix and GlobalVR, takes place a year after Ripley and the surviving Colonial Marines leave the planet LV-426.

In Extermination, you are part of a “mop-up” operation headed by the Colonial Marines as they return to the planet to finish off the Alien population that ravaged their troops years before.

Here, players get to use one of the best weapons in the Colonial Marine Arsenal – the M41A 10mm Pulse Rifle. The mounted light-gun has been carefully designed to represent that iconic weapon from the films. Also included in your arsenal is a Missile Launcher, a Flame Thrower (activated by the yellow button on the front underside of the gun) and the extra heavy-duty 30mm Grenade Launcher (activated by the red button on the barrel of the gun). This cool light-gun also features force feedback and a red LED numerical display on the back that shows your current ammo count! If you run out of ammo, the weapon becomes a semi-auto pistol so take care as you clear out the xenomorphic hordes.

– Exclusive to arcades: This game has never been ported to a home console or mobile device
– 29″ CRT monitor
– Based on the popular Alien and Aliens movie franchises
– 1-2 players can fight their way through four Alien infested levels
– Mounted light-guns that represent the iconic M41A 10mm Pulse Rifle as seen in the movies
– Guns have force feedback and a red LED numerical display on the back to show you the current ammo level!
– Ammo, health and other power-ups make the game a little more interesting

This game we have taken in on trade and had our technicians go through it to make sure all aspects of the game are operating properly. The orignal 29″ CRT monitor has a nice, bright, crisp picture and presents very well. This Aliens: Extermination was at one time operated commercially so it does have some minors scuffs and scratches to the exterior cabinet decals…but still looks very nice.

This pre-owned game includes our 30 day warranty on the electronics.