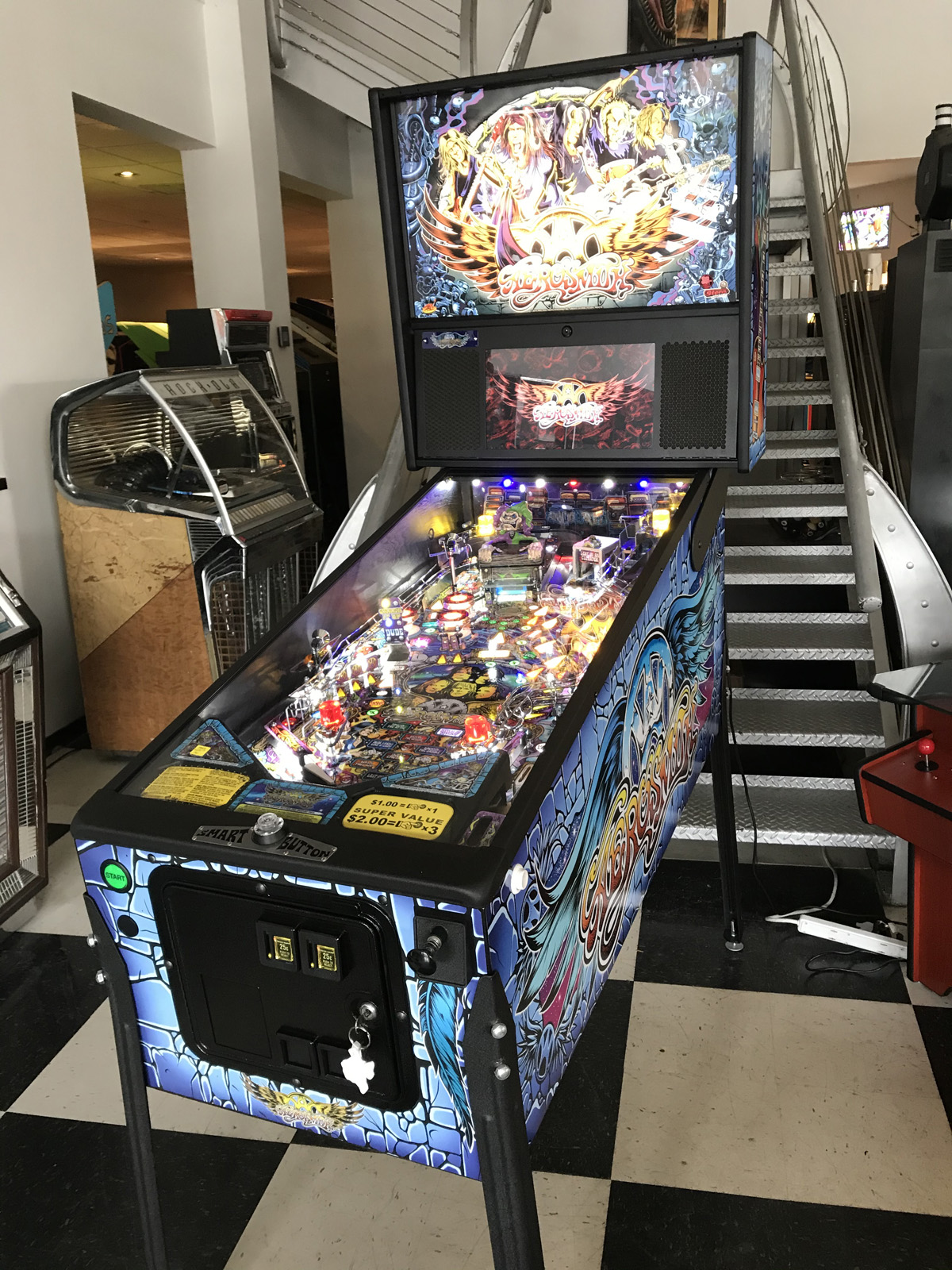 The Aerosmith Pinball Machine features all original hand-drawn art provided by “Dirty” Donny Gillies, who has produced work for bands including The Hellacopters, The Melvins, Queens of the Stone Age, The Wildhearts, Electric Frankenstein and the 5.6.7.8’s, but is most noted for his work with metal band Metallica. In addition, the machine features custom speech from Brendon Small, creator of Metalocalypse, the American animated television series centering around a death metal band. Players will be mesmerized by the interactive “Jacky on the Box” mechanical feature on the playfield. Jacky sits on a toy box allowing players to launch pinballs through the air and slam dunk the steel ball into the box. The more balls launched into the box, the higher the opportunity for a player to earn multiballs.

Features 9 famous Aerosmith hit songs:
Sweet Emotion
Love in an Elevator
Toys in the Attack
Same Old Song and Dance
Dude Looks Like a Lady
Walk This Way
Rats in the Cellar
Back in the Saddle
Last Child

This low production, discontinued, pre-owned game comes to us in trade by a local collector. It has been well taken care of and is home use only, meaning that it has never spent anytime in a commercial establishment to earn revenue such as a bar, restaurant or arcade. This game includes the promotional plastics that came with it new as well as it has been upgraded with a Shaker Motor installed.

Aerosmith has had the latest game code (1.07) upgraded onto it and has been fully serviced by our technician team. This pre-owned Aerosmith (Pro Model) Pinball Machine includes our 30 day warranty on the electronics.

Pinball enthusiasts and serious tournament players agree that Aerosmith is probably one of the best games to come out of Stern Pinball within the last decade. From Aerosmith’s well executed theme integration to its immersive, challenging risk/reward rule set, Aerosmith will keep you entertained for hours on end.