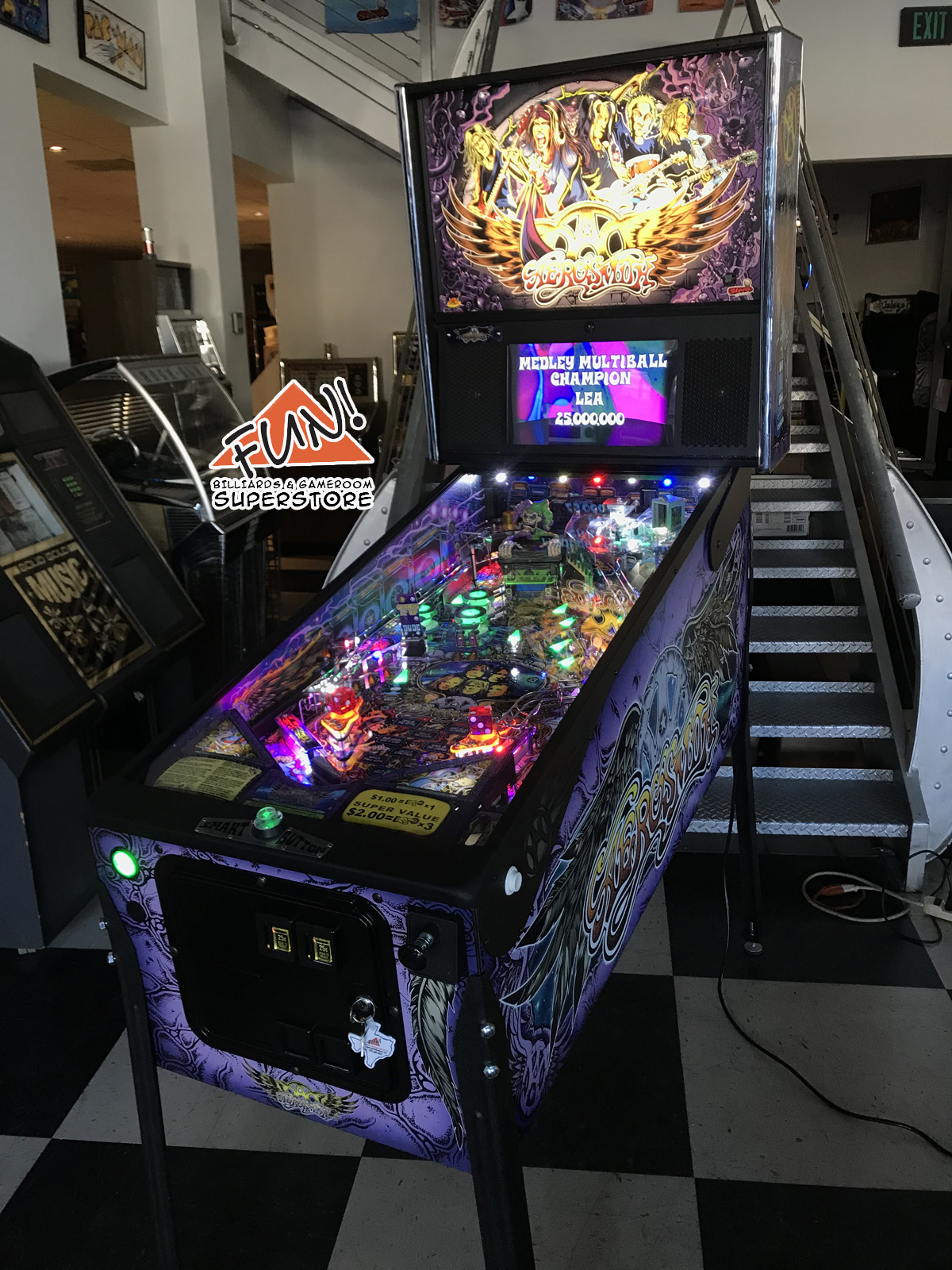 This Aerosmith (Premium) Pinball Machine was acquired as a trade in locally. This title doesn’t come around very often as there were very few Aerosmith Premium’s built to begin with. It is a SUPER FUN game and the perfect addition for the Aerosmith Super Fan. This game is in immaculate condition and has been well cared for. It is “Home Use Only” meaning that it has only been enjoyed in private home ownership and never operated commercially in a bar, restaurant or arcade which goes to show for it’s “like new” condition.

With a limited run of 500 Limited Edition Aerosmith Pinball Machines all feature original hand-drawn art provided by “Dirty” Donny Gillies, who has produced work for bands including The Hellacopters, The Melvins, Queens of the Stone Age, The Wildhearts, Electric Frankenstein and the 5.6.7.8’s, but is most noted for his work with metal band Metallica. In addition, the machines feature custom speech from Brendon Small, creator of Metalocalypse, the American animated television series centering around a death metal band. Players will be mesmerized by the interactive “Jacky on the Box” mechanical feature on the playfield. Jacky sits on a toy box allowing players to launch pinballs through the air and slam dunk the steel ball into the box. The more balls launched into the box, the higher the opportunity for a player to earn multiballs.

– Shaker Motor – $150 (Installed)
Make your game rumble with a shaker motor!  These factory motors are programmed specifically to interact with player in certain modes of the game to make your game rumble and come to life! Adds a whole new level of game play.

WARRANTY:
– This pre-owned Pinball Machine includes our 30 day warranty on the mechanical and electronic components of the game.

This pre-owned pinball machine is in HIGH DEMAND and the first one we have ever received back in on trade. Hurry before it’s gone!