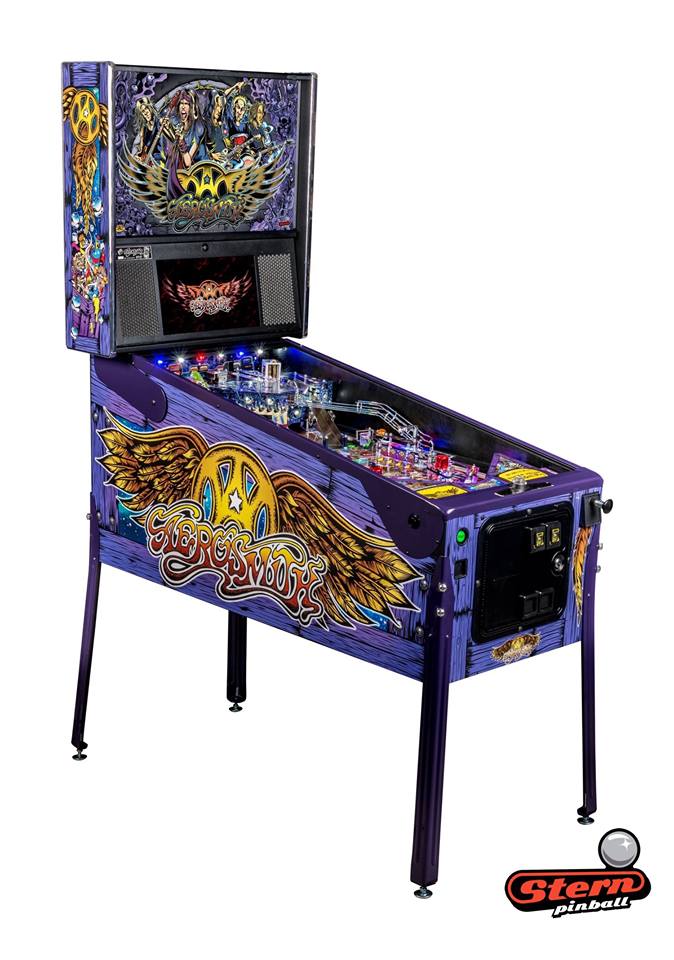 With a limited run of 500 Limited Edition Aerosmith Pinball Machines all feature original hand-drawn art provided by “Dirty” Donny Gillies, who has produced work for bands including The Hellacopters, The Melvins, Queens of the Stone Age, The Wildhearts, Electric Frankenstein and the 5.6.7.8’s, but is most noted for his work with metal band Metallica. In addition, the machines feature custom speech from Brendon Small, creator of Metalocalypse, the American animated television series centering around a death metal band. Players will be mesmerized by the interactive “Jacky on the Box” mechanical feature on the playfield. Jacky sits on a toy box allowing players to launch pinballs through the air and slam dunk the steel ball into the box. The more balls launched into the box, the higher the opportunity for a player to earn multiballs. 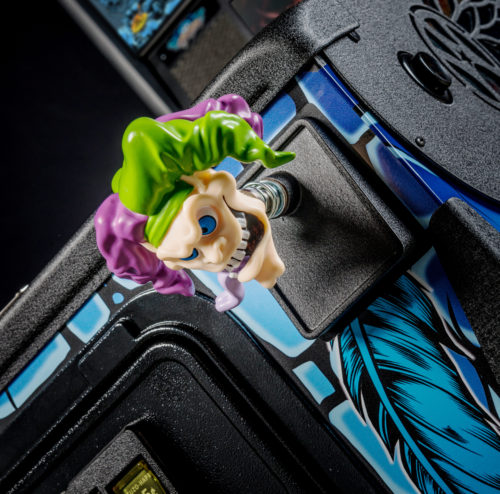