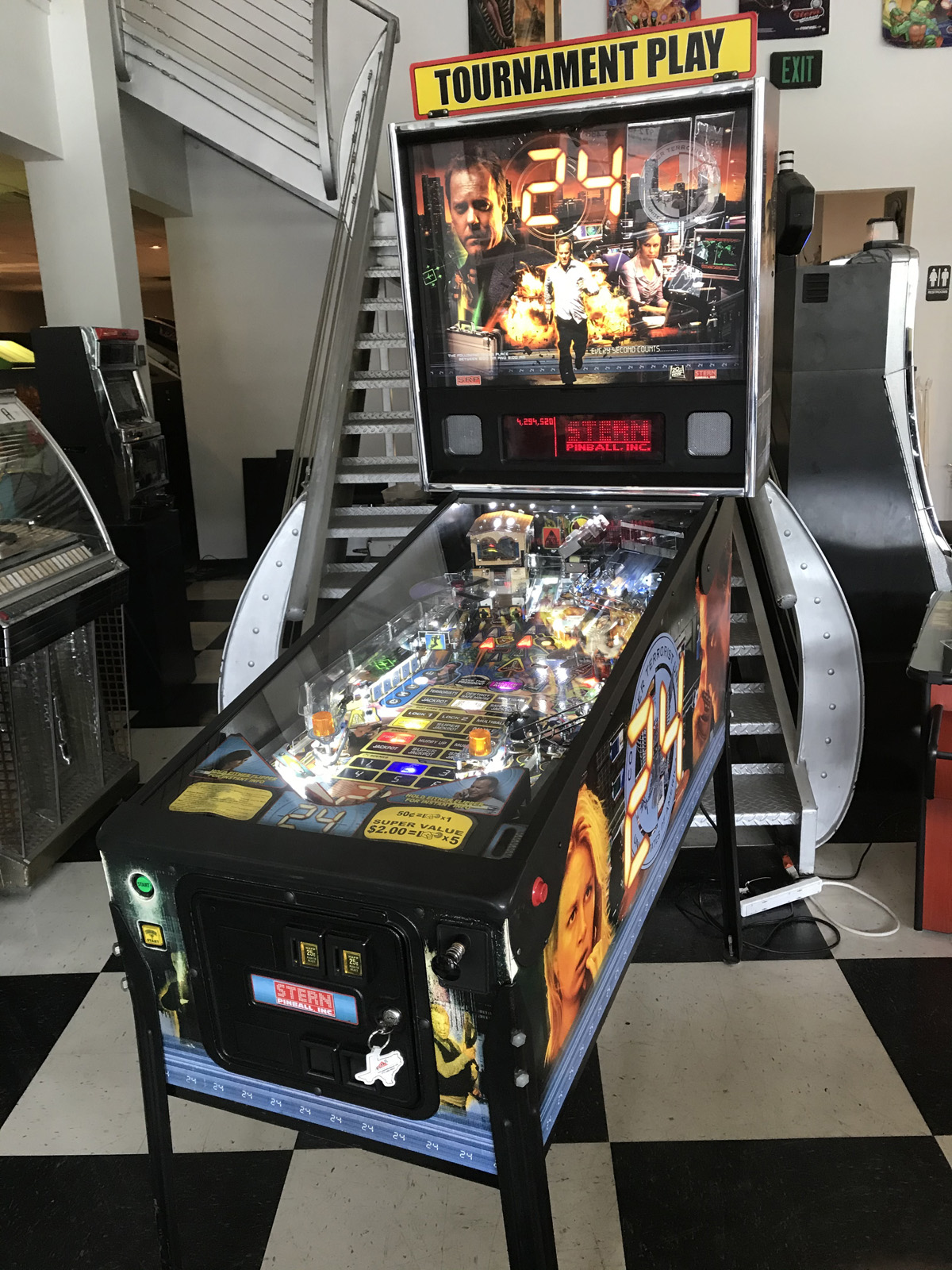 The  24™ pinball machine incorporates both action and storyline elements from the 24™ television show.

The  24™ pinball machine playfield features: 1. a Suitcase that holds and releases pinballs for multi-ball play; 2. a Sniper House that opens to reveal a bullet-spraying terrorist; 3. an exploding Safe House that one can shoot the pinball into; 4. several single Sniper Drop Targets that can both obscure and free up playfield shots; 5. and lots of multi-ball action.

This low production game is in overall pretty nice condition besides some wear to the front of the cabinet. We have just completed a full tear down on this machine by shopping out the entire playfield. By that we mean that we have removed all components (ramps, plastics, posts and assemblies) from the top side of the playfield and cleaned them. We have also cleaned and polished the playing field as well as installed all new rubber rings and bulbs. All playfield illumination has been upgraded to premium, non-ghosting LED’s. These LED’s give the machine a clean, bright look, last longer than incandescent light bulbs and consume less energy.

Our technician team has went through this game and repaired and or adjusted anything that needed attention to insure this game is functioning 100% for it’s new owner.

24 – Includes our 30 day warranty on the electronics and mechanical components.